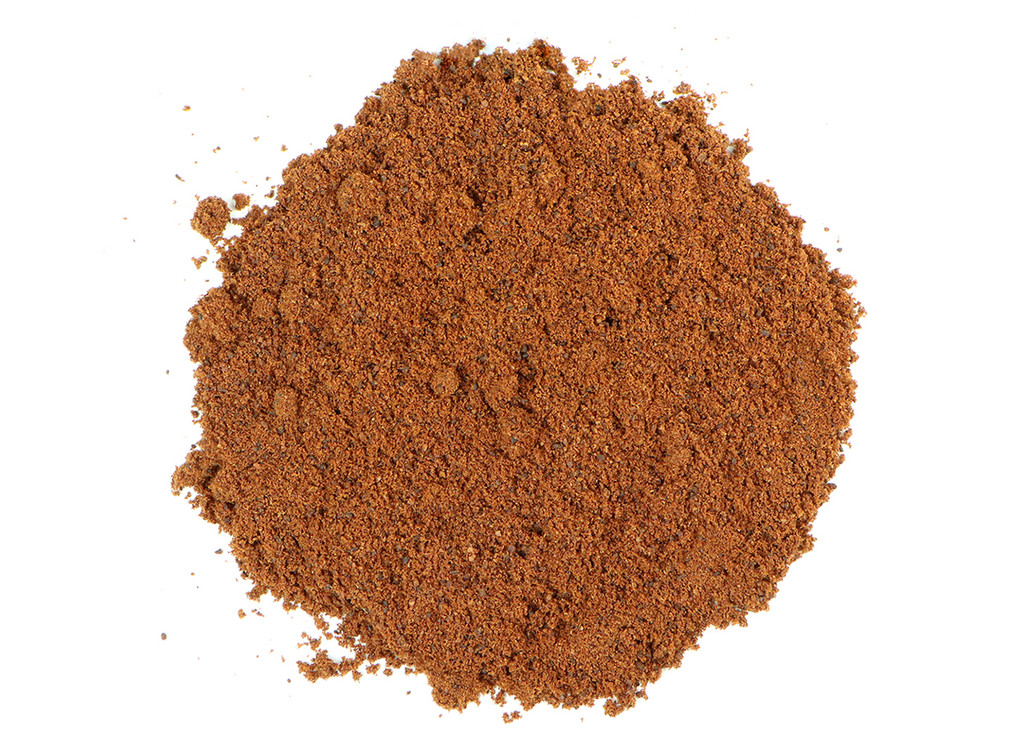 Clove was once at the center of the global spice trade and remains an important and well-used spice today. Popular in Middle Eastern, north African, Chinese, and Indian cuisines, cloves also have a history of use in Ayurvedic and traditional Chinese medicine practices. Our clove powder is ground from the unripe fruits of organic and fair trade Syzygium aromaticum. Ground cloves are valued for their stimulating aromatics and can be added to seasoning blends, coffee, tea, mulled wine, baked goods, extracts, and more.

An extensively utilized culinary spice since ancient times, clove rivals other well-known spices such as cinnamon, ginger, and nutmeg for popularity. Clove is used in liqueurs and mulled wine, perfumes and even love potions. More recently, clove oil has been employed for its analgesic effects in dentistry.

The main component in the volatile oil is eugenol (cinnamon also contains high levels of this constituent) thought to be responsible for clove's analgesic effects.

Cloves are highly aromatic and pungent. Heating. Dried flower buds powdered as a culinary spice or as part of a tea blend.