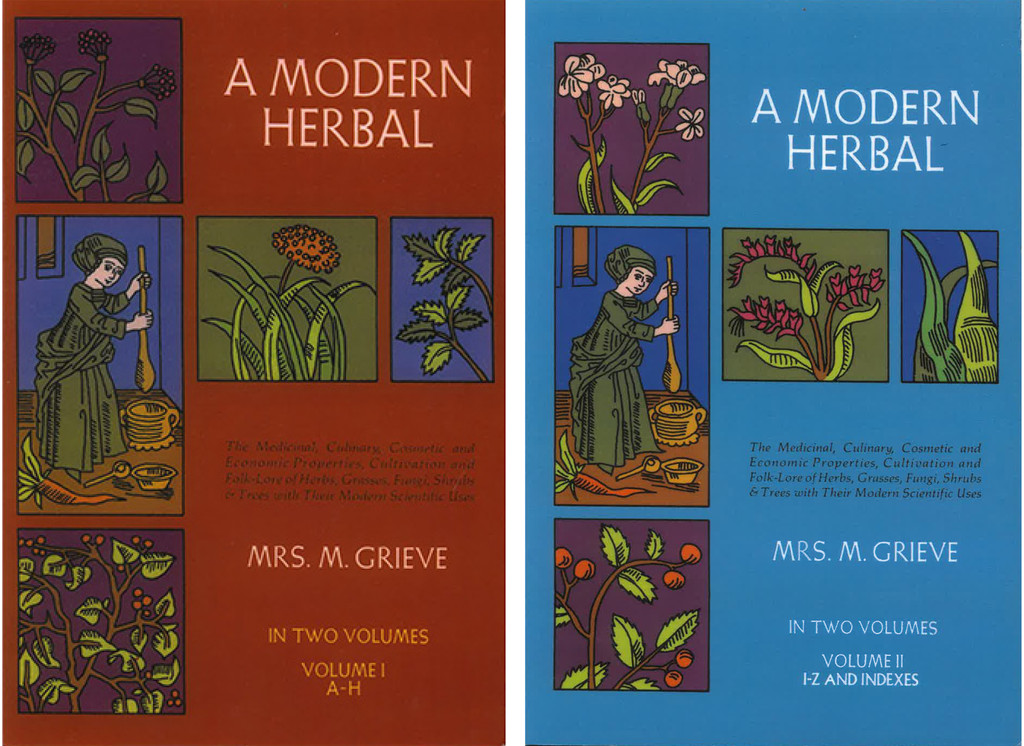 Most well-known today for her seminal work, A Modern Herbal, Mrs. Grieve was the Principal and Founder of The Whins Medicinal and Commercial Herb School and Farm at Chalfont St. Peter in Buckinghamshire, England. Grieve was a Fellow of the Royal Horticultural Society, President of the British Guild of Herb Growers, and Fellow of the British Science Guild.

This 20th century version of the medieval Herbal is as rich in scientific fact and folklore as its predecessors and is equally as encyclopedic in coverage. Not an herb, grass, mycelium, shrub, or tree is overlooked, and strange and wonderful discoveries about even the most common of plants await the reader. This edition, first published in 1971, is an unabridged and unaltered republication of the work originally published in 1931.

Traditionally, the medieval Herbal combined the folk belief and tales about plants, the useful properties and parts of the herbs, and their botanical classification. However, Mrs. Grieve has expanded this tradition. Her Modern Herbal covers more than 800 varieties, and includes methods of cultivation, chemical constituencies, dosages, and preparations.