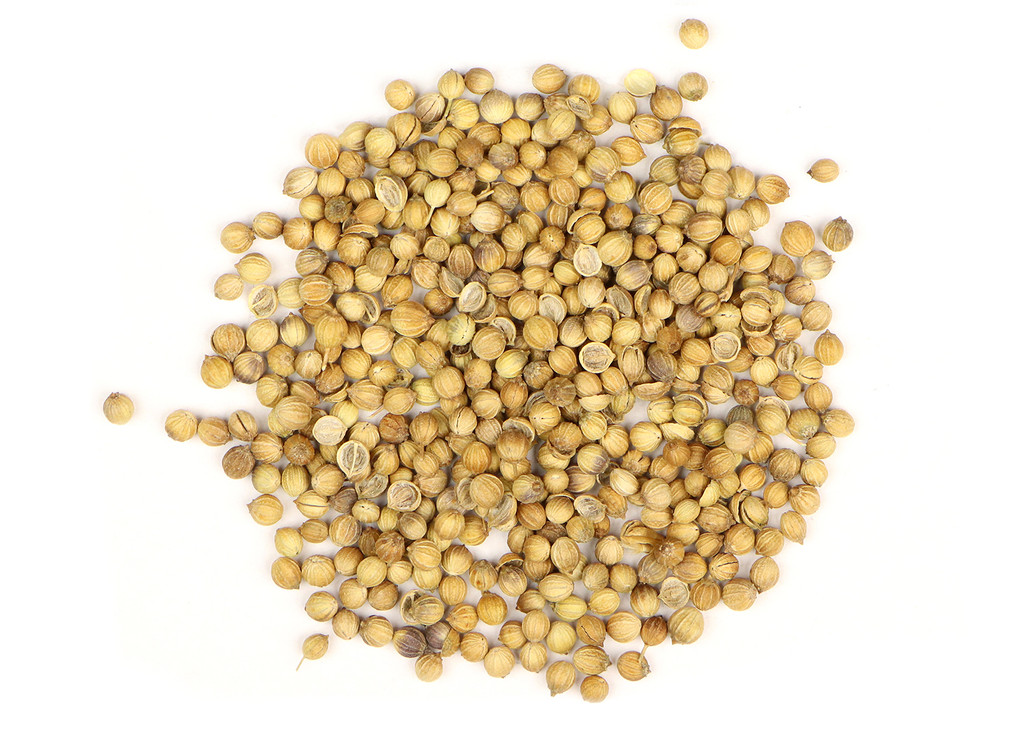 Coriandrum sativum is an herbaceous annual in the Apiaceae family native to parts of Europe, Africa, and Asia. In the United States, the herb’s leaves are commonly referred to as cilantro and the dried seeds as coriander. Coriander seed is a common spice used in many cultures throughout the world. The seeds are warming and have a slightly nutty and citrus flavor that are intensified when roasted. Coriander seeds can be ground fresh before use or kept whole and added to marinades, sauces, and rubs.