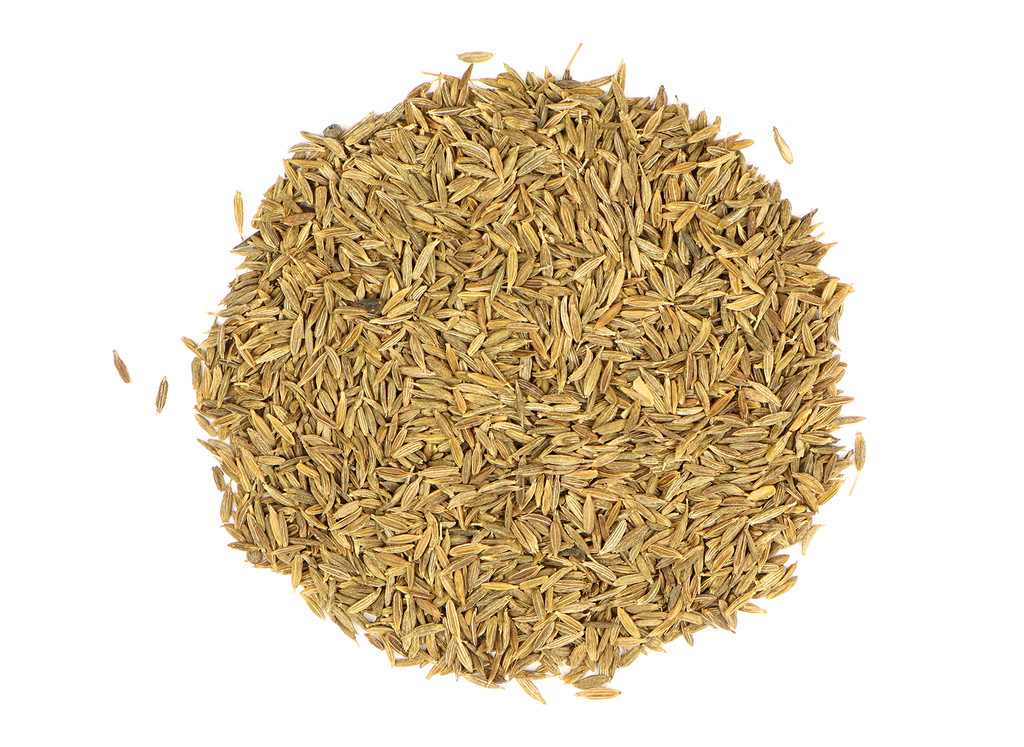 A flowering annual in the Apiaceae family, Cuminum cyminum is a flavorful and fragrant herb. Its native range extends from the Middle East to India and has been incorporated into spice mixes, sauces, and condiments. Cumin seeds have been used since the era of ancient Egypt and are employed for their healthful properties in Ayurveda. Cumin seed can be toasted and kept whole or crushed and added to breads, baked goods, cheeses, and savory dishes.