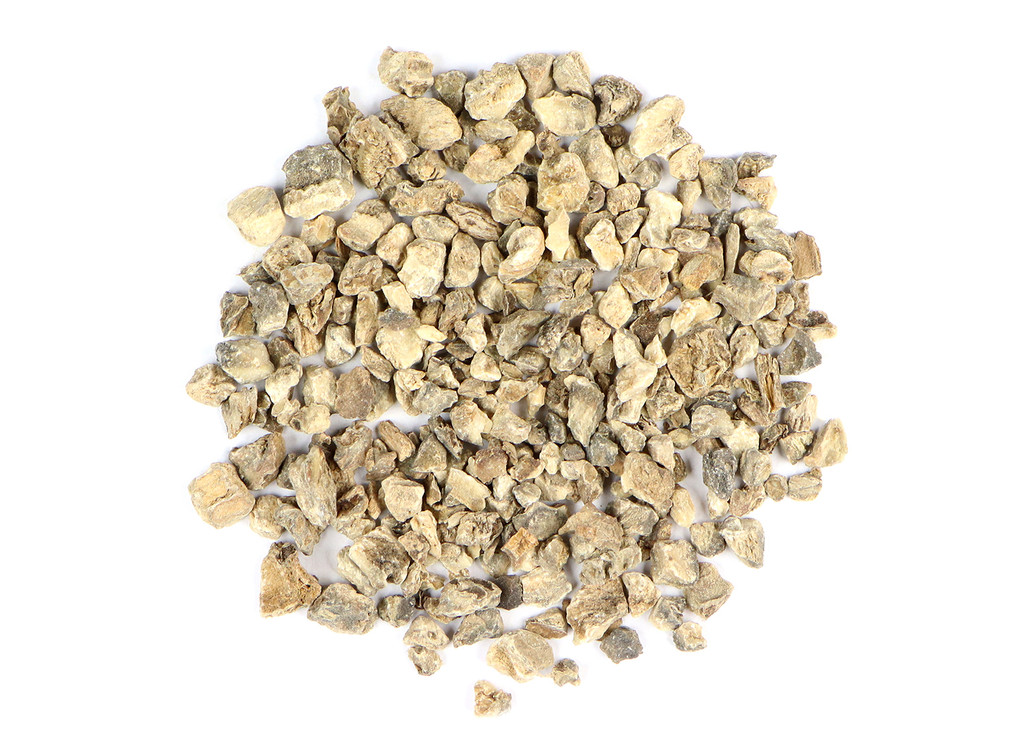 Native to southern Africa, Harpagophytum procumbens is a member of the sesame family. It’s known for its hooked fruit which earned it the common name, devil’s claw. The plant has tuberous roots which have been used in African folk herbalism for centuries. Devils claw root has traditionally been employed for its healthful properties and typical preparations include decoctions and extractions.

Devil's claw is native to eastern and southern Africa, specifically found in Namibia, Botswana, and most prominently in South Africa. It grows well in grasslands and tends to crop up along roadsides and in areas that have been cleared of other plants. Its distinctive name comes from its peculiar appearance, referring to the inner capsule of the fruit which splits open at one end. This takes on the appearance of two curved horns or claws. The roots of devil's claw are used traditionally after they are chopped and allowed to dry in the sun for at least three days. Devil's claw is one of the bitterest of all herbs, making a very good digestive stimulant.