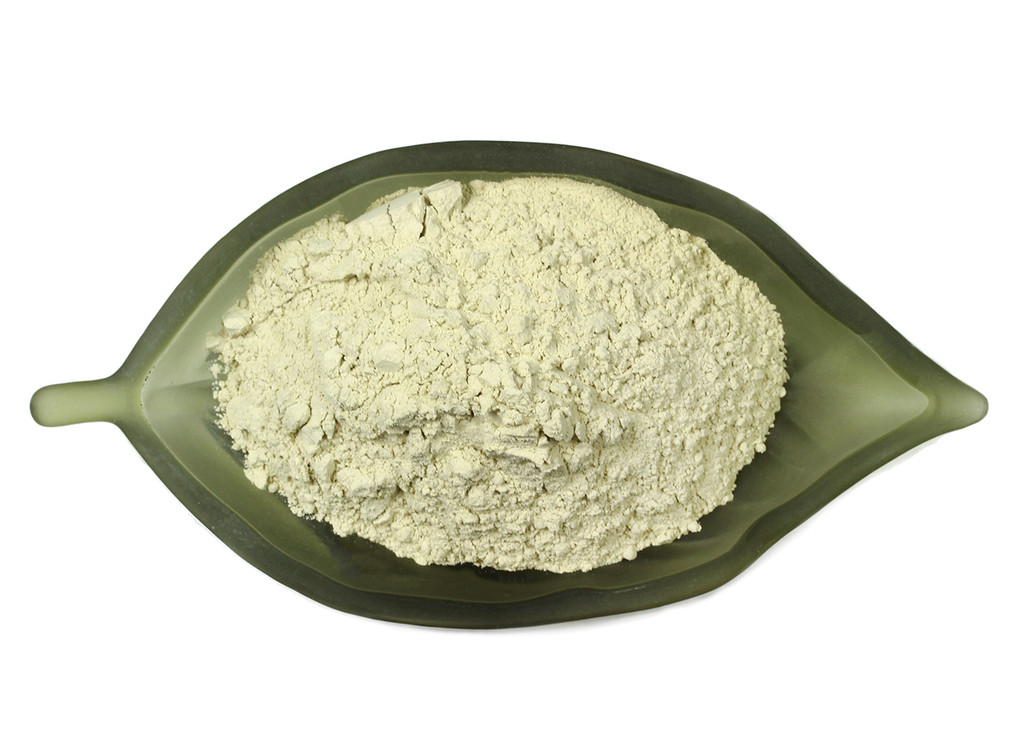 Fuller’s earth clay is a sedimentary clay that has been widely used as a skin-lightening agent and is best known for its ability to be applied as a “facial bleach.” Because of its enormous drawing capabilities, fuller’s earth is the number one choice for oily skin. It literally draws oil from the skin and has been used industrially for this same purpose. This clay has been around for quite some time and recent developments in the natural cosmetics and skincare industries have helped to recontextualize this useful clay as more than just a solvent that simply soaks up spilled automotive oil.

Fuller’s earth was named several hundred years ago when wool textile workers or “fullers” created a time-saving concoction to remove the dense oils from sheep’s wool. This brew included water, urine, soapwort and this clay. Because of its ability to literally soak up oil and remove dense properties from any given material, it was found to be a highly profitable and useful product for modern manufacturers. Since then it’s most prominent use has been as a key ingredient in cat litter. It has also been used as a bulk garage clay that many mechanics use to soak up oil and other automotive spills.

In a cosmetic context, it marvels in comparison to other “whitening clays” and so far has outperformed any material to help clean oily skin. Fuller’s Earth clay is strong, and for best results combine with a small amount of bentonite clay. Fuller’s earth is a naturally occurring sedimentary clay. It is a useful base ingredient for facial clay recipes and adds a nice finishing touch to clay products promising to aid its user with their battle against oily skin.

The line of fuller’s earth clay we offer is quarry mined from naturally occurring deposits and is untreated.

Intended Use: Cosmetic use only
pH: 7.5-8.5
Storage: Under proper storage conditions clay may store indefinitely

Herbal Medicine from the Heart of the Earth