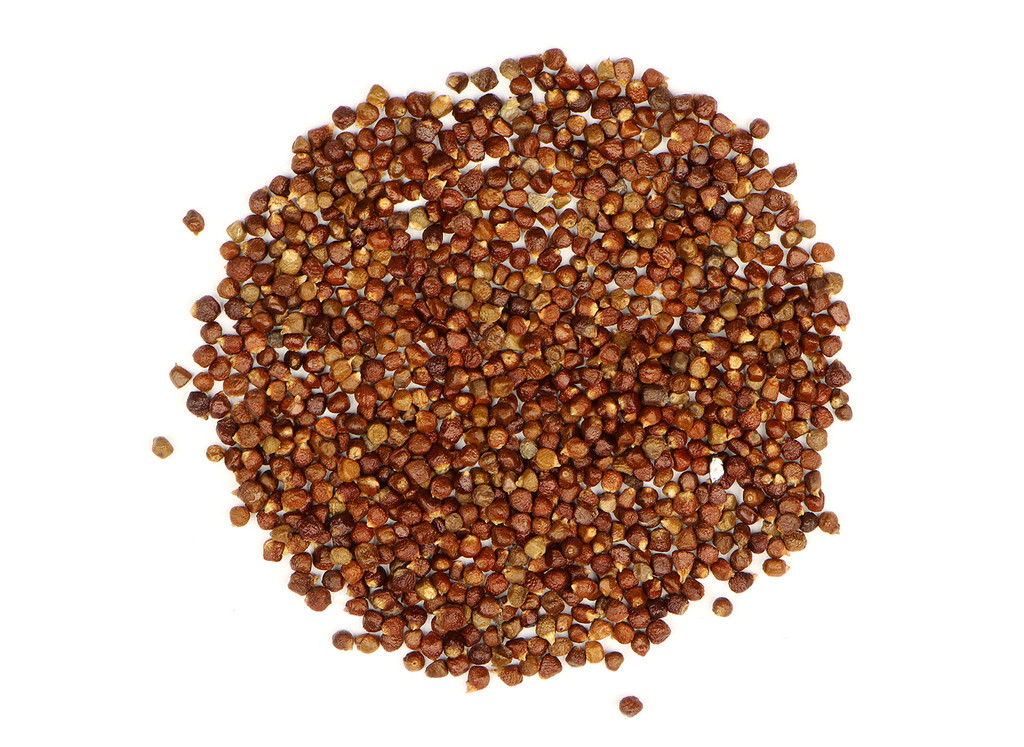 Aframomum melegueta is an herbaceous perennial native to moist habitats in western Africa. The plant bears long pods that contain numerous small, reddish-brown seeds. The seeds are referred to as grains of paradise and are commonly used in west and north African cuisine and folk herbalism. A member of the ginger family, grains of paradise have a pungent, citrusy, and almost black pepper-like flavor.

In the United States, grains of paradise have undergone a small but enthusiastic revival due to their use by some celebrated chefs. Currently, they are popularly used by many of our nation's leading breweries. Grains of paradise are also used by people on certain diets, such as a raw food diet, because they are less irritating to digestion than black pepper.

The plant is a member of the ginger family and also goes by names of Guinea grains and melegueta pepper.