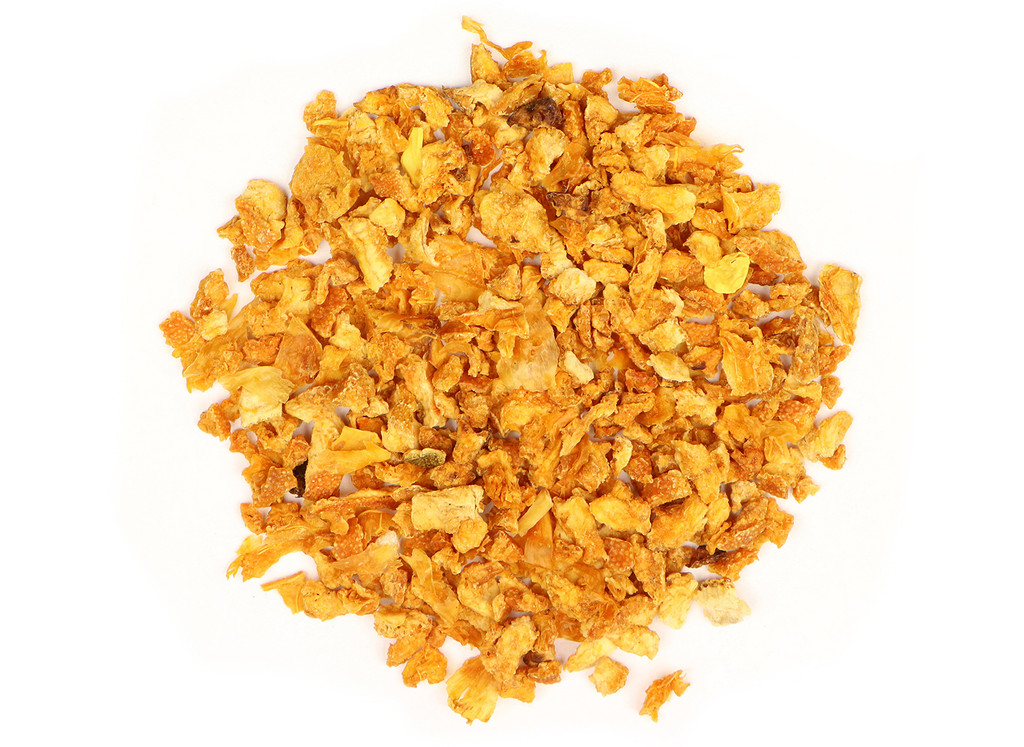 A relatively recent addition to the world of citrus, grapefruit has mysterious origins. Citrus x paradisi has relatively large fruits that are sour, bitter, and somewhat sweet all at once. The fruits often resemble a cross between oranges and pomelos. Dried grapefruit peel provides bright and unique citrus notes to bath and body creations, beverages, extracts, and culinary delights.

The grapefruit is not even 300 years old, and at the time of its “discovery” was considered a horticultural accident during the 1700’s. An English lad by the name of Captain Shaddock brought the seeds to the West Indies from Polynesia in 1693. There are no records to prove it, but many theorize that the grapefruit is a cross between a pomelo and a sweet orange, but no one knows for sure how it came about.

By 1750, it was known as the “forbidden fruit” or a smaller shaddock, after the mariner who brought it to the Caribbean. It did not make an appearance on American shores until 1823 when it was brought to Tampa, Florida from the Bahamas, where it flourished in the heat. It still did not become widely popular until the 19th century. Today the USA is the world’s major producer of the fruit. The current name is a reference to the way the fruit clusters on the tree which is similar to a bunch of grapes. Still considered one of the seven wonders of Barbados, the grapefruit contains vitamin C, fiber, potassium, iron, and calcium.