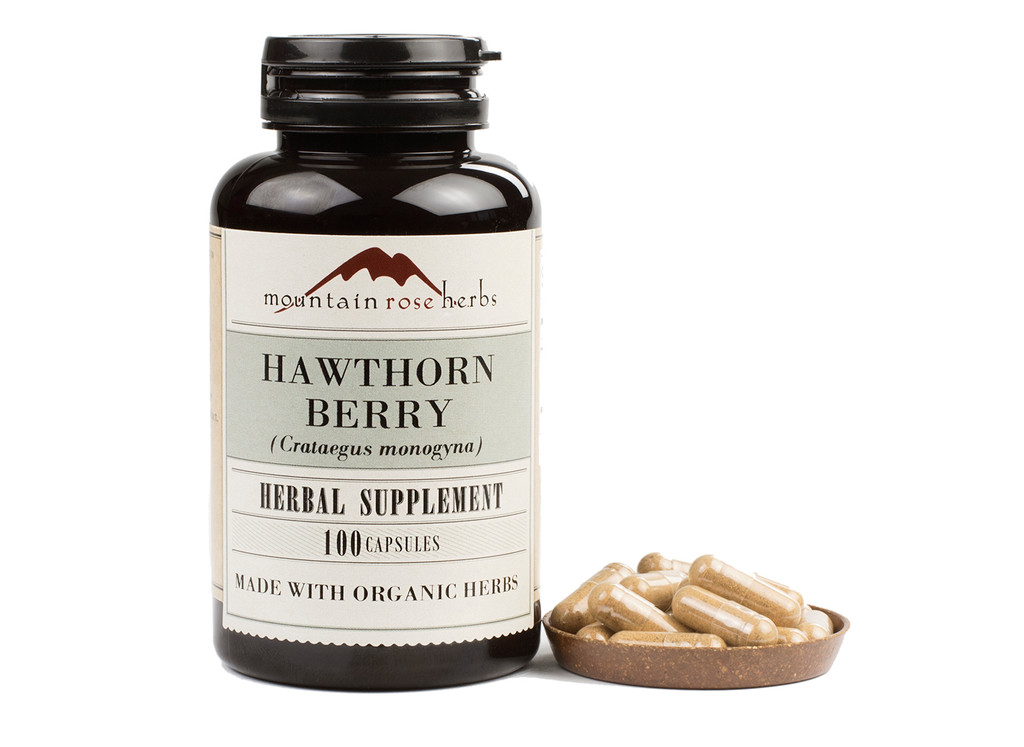 Hawthorn leaf, flower, and berry have been praised by herbalists over the centuries for their heart elevating properties. Hawthorn has a long history of use in traditional western herbalism and is revered for its affinity for the heart. While the leaf and flower are also considered for their healthful values, it is the berry that is often sought after in herbal preparations.

Crataegus laevigata and C. monogyna are two species within the same genus that are commonly found on the herb market. Hawthorn can be seen growing wild in hedgerows and alongside forested areas around the United Kingdom, Europe, and the United States. Crataegus is a thorny shrub or tree with tri-lobed leaves and white flowers which bear bright red berries in the fall. A member of the Rosaceae family, this tree was considered sacred to some ancient cultures and has a host of folklore surrounding it.

Hawthorn’s use extends back to the Middle Ages, with some accounts going back as far as ancient Greece. For hundreds of years, the plant was widely used in traditional European herbalism for its wellness-supporting properties. The berries have also been used in Traditional Chinese Medicine, which considers hawthorn to be energetically warm and associates it with the spleen, stomach, and liver meridians. Many herbalists today consider hawthorn a superior heart tonic because it supports healthy circulation and cardiovascular functioning.*

Typical preparations of the flavorful red berries include candies, jams, jellies, wines, and cordials. In fact, a popular way to take hawthorn is by macerating the berries in brandy to create a delicious sipping liqueur. The berries are often infused as a tea and can be found in a variety of botanical formulations. Hawthorn berries are also macerated as a liquid extract or powdered and encapsulated.

Ingredients
Organic hawthorn berry and pullulan capsule. These vegan capsules are made from pullulan which is naturally fermented from tapioca.