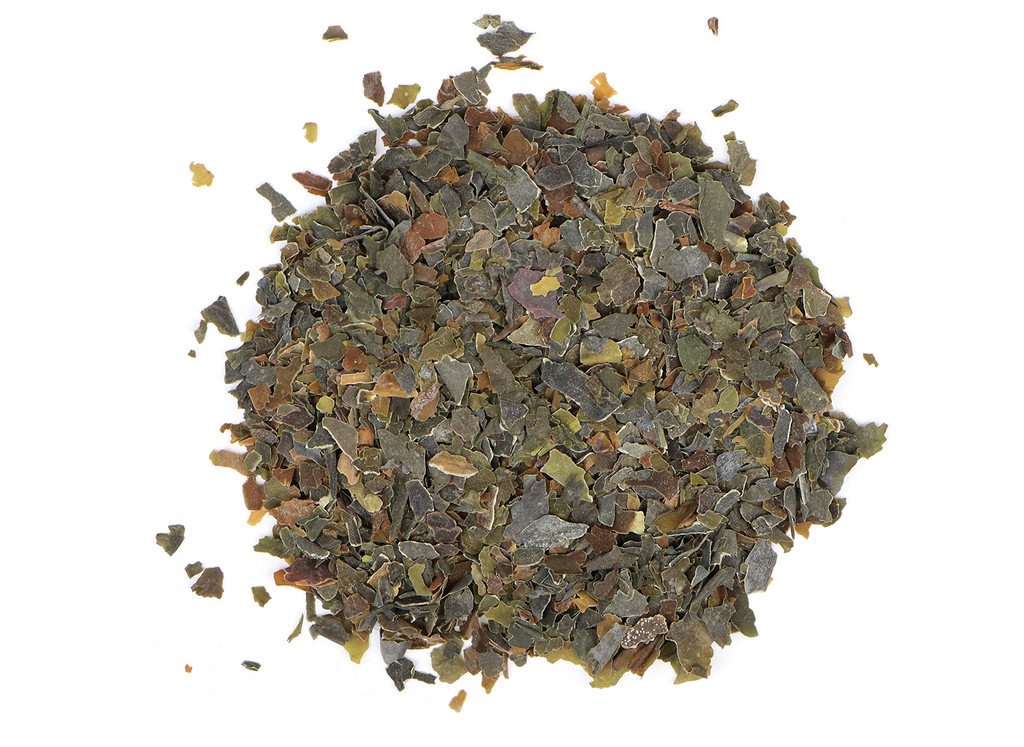 Kombu is a brown seaweed found in sheltered rocky sea beds in the Atlantic and Pacific Oceans. Ecologically, Saccharina latissima is an important part of the coastal food web, providing food and habitat for sea animals. This edible kelp is widely savored in eastern Asia and is one of the main ingredients in dashi, a Japanese soup stock. Our kombu seaweed flakes are cultivated off the Atlantic coast in North America. Kombu flakes can even be used to brew a nourishing and flavorful seaweed tea.

Kombu is an edible kelp that is widely eaten in East Asia. This species is extensively cultivated on ropes in the seas of Japan and Korea. With the development of this cultivation technology, over 90% of Japanese kombu is cultivated, mostly in Hokkaido, but also as far south as the Seto Inland Sea. While Kombu cultivation techniques originated in Japan, our Kombu is cultivated off the coast of Maine. Kombu is used extensively in Japanese cuisine as one of the three main ingredients needed to make dashi, a soup stock. Interestingly, genetically manipulated E. coli bacteria can digest kombu into ethanol, making it a possible maritime biofuel source.

Added to soups and stocks, used in sushi making- both in the preparation of the rice and in the rolls themselves. “Kombucha” or “seaweed tea” is a beverage brewed from dried kombu. This is sometimes confused with “kombucha,” the English name for the fermented and sweetened tea originally from China and Russia.

Precautions
Seaweeds contain naturally high levels of iodine. This product is harvested from the sea. May contain occasional shell fragments. Consumption of this product may cause a serious or life threatening reaction in persons with allergies to fish and shellfish. We recommend that you consult with a qualified healthcare practitioner before using herbal products, particularly if you are pregnant, nursing, or on any medications.