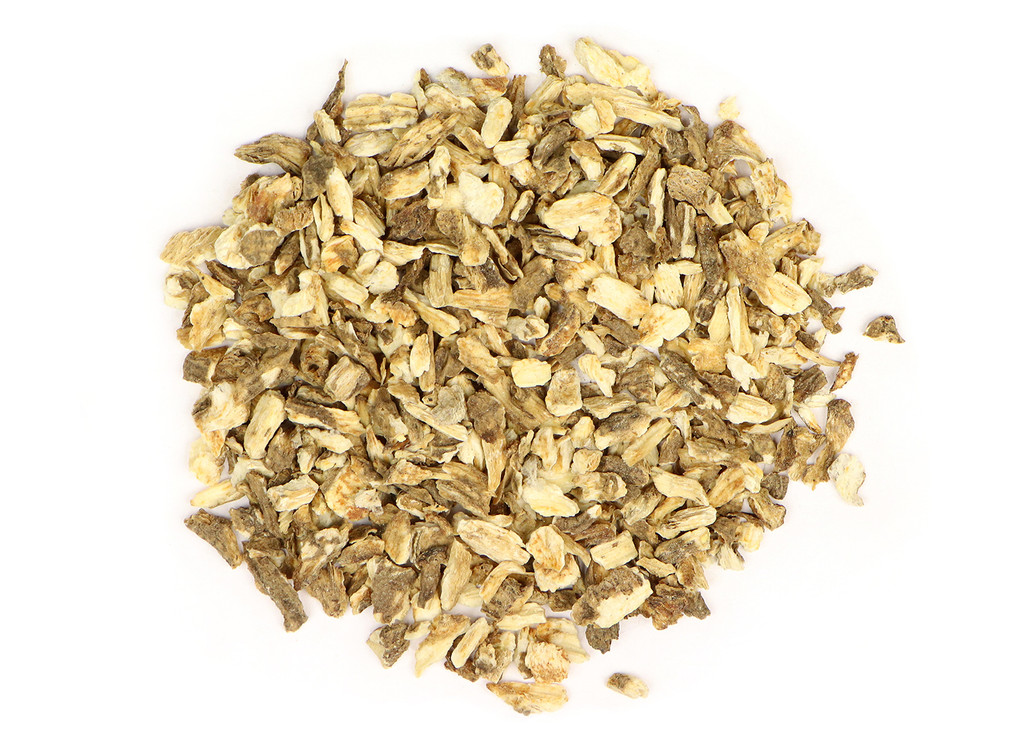 Levisticum officinale is a perennial member of the Apiaceae family with aromatics resembling strong celery. Lovage has a long history of cultivation in Europe where the leaves and seeds were used as a spice. The thick, fleshy, carrot-shaped lovage root was often prepared as a vegetable and used for its beneficial qualities. Typical preparations of lovage root include infusions, extracts, and cordials.

Lovage is a flowering plant in the same family as carrots, parsley, and dill. Its dark green leaves resemble cilantro, while the stalks resemble celery. The herb is sweeter but stronger than celery. Brought from Europe as both a food and as a medicinal, it now grows wild in the United States in New England, the Great Lakes states, Wyoming, Colorado, and New Mexico. For centuries, it has been thought of as a good ingredient to add to love potions. During the 1800's a cordial made from lovage, tansy, and yarrow was widely available as a folk remedy for an upset stomach. Charlemagne was said to have liked the sight of lovage so much so that he had the grounds of his estate populated with it.