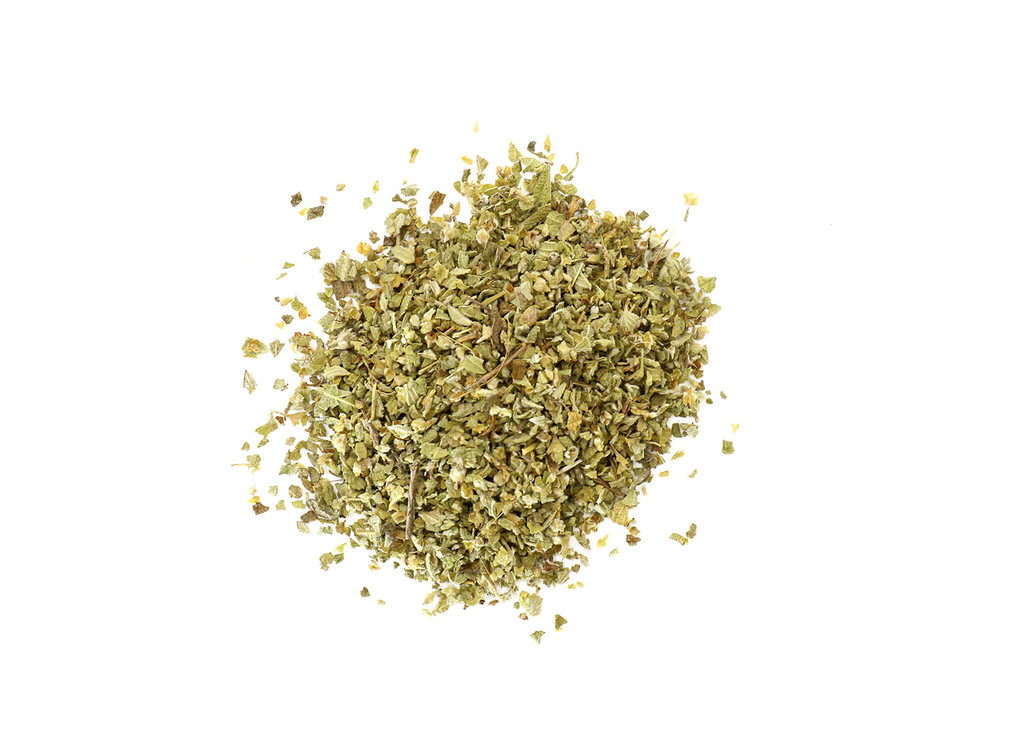 Lippia graveolens belongs to the verbena family (it is not in the mint family like oregano) and is native to the southwestern United States, Mexico, and Central America. Mexican oregano is widely used as a culinary herb, especially in the regions where it grows. The herb is more bitter and robust in flavor compared to Mediterranean oregano. Our organic Mexican oregano leaf can be added to spice blends, applied liberally when cooking, and steeped as an herbal tea.

Native to the southwestern USA, Mexico and Central America as far south as Nicaragua, this herb has a very different flavor than the Mediterranean oregano. Stronger and bitterer, this more robust flavor stands up to the stronger flavors used in Mexican cooking such as hot chilies and cumin, which could overwhelm the more delicate oregano from the Mediterranean. Thought of as a culinary ingredient, it’s typically used in traditional Mexican cuisine such as birria, pozole or posole, and other soups, and is used in similar applications as Marjoram or Greek Oregano.

The leaves of Mexican oregano have been traditionally used to prepare a tea used to aid the respiratory system as well as in treating gastrointestinal issues.

In some areas Mexican Oregano, grows side by side Damiana, Turnera diffusa, bushes. Mexican Oregano is similar to Damiana in many respects to growing and harvesting, while being a slightly larger shrub, it grows in the same habitat and requires the same harvest methods.