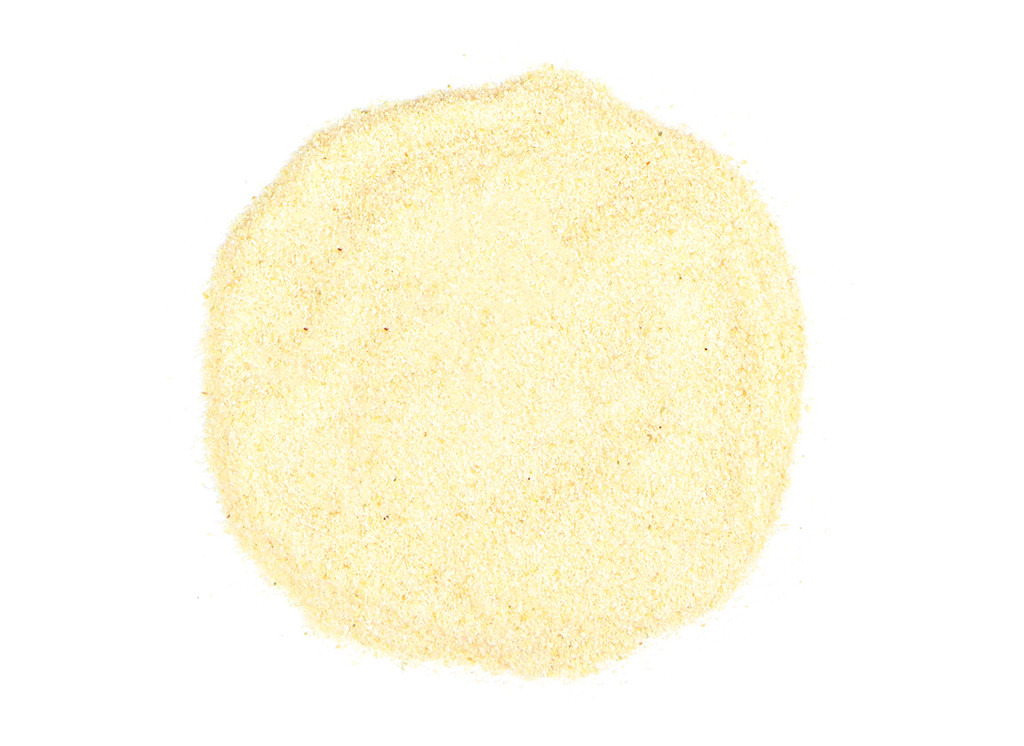 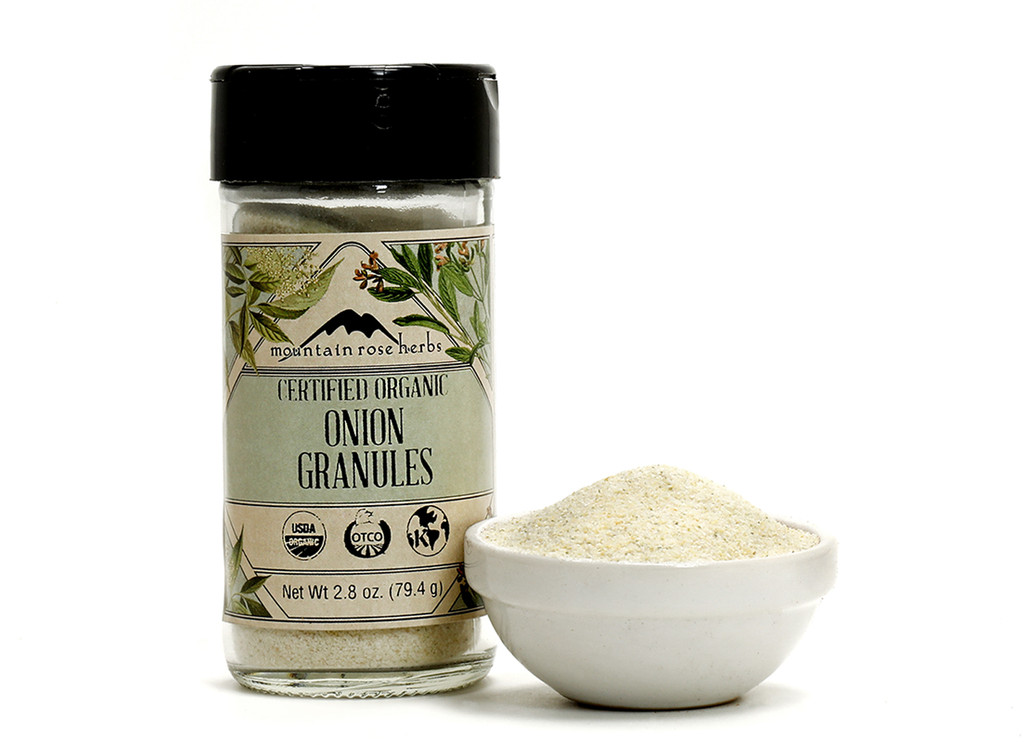 Oftentimes foods can be enjoyed for their flavor and their wellness supporting qualities. Allium cepa falls into this category, with its savory and pungent flavor that blends well with most spices and foods. Onion has an extensive history of use with evidence of their cultivation extending thousands of years. Onions have been used in traditional herbal practices around the world and their use is continued in folk herbalism today. Granulated onion is considered a medium grind, between minced and powder. Our organic onion granules can be added to savory dishes and broths.

Cultivated since prehistoric times, onions were mentioned in the tomb paintings in Egypt as early as 3200 BCE and written about by the Sumerians in 2400 BCE. Archeologists discovered small onions in the eye sockets of Rameses the 4th, who died in 1160 BCE. The Egyptians felt that the onion, with all its concentric layers, represented eternal life. This being said, there were certain sects of Egyptian priests that were forbidden to eat the onion, but there doesn’t seem to be any recorded reason for this taboo. Many have felt that the smell of the onion is why it has throughout time, and regardless of region, to be a food of the poor. There are many writings in Europe that claim that the rich and wealthy found the odor disgusting, therefore relegating it to the lower classes.

The familiar garden vegetable has many medicinal applications, is easy to grow and can be administered in a multitude of ways. It has certain antiseptic properties and was used up through the Civil War for cleaning wounds. Can be used in teas and is very rarely found encapsulated. Onions and soy are used as a vegan alternative to chicken soup for colds. Onions are members of the lily family.