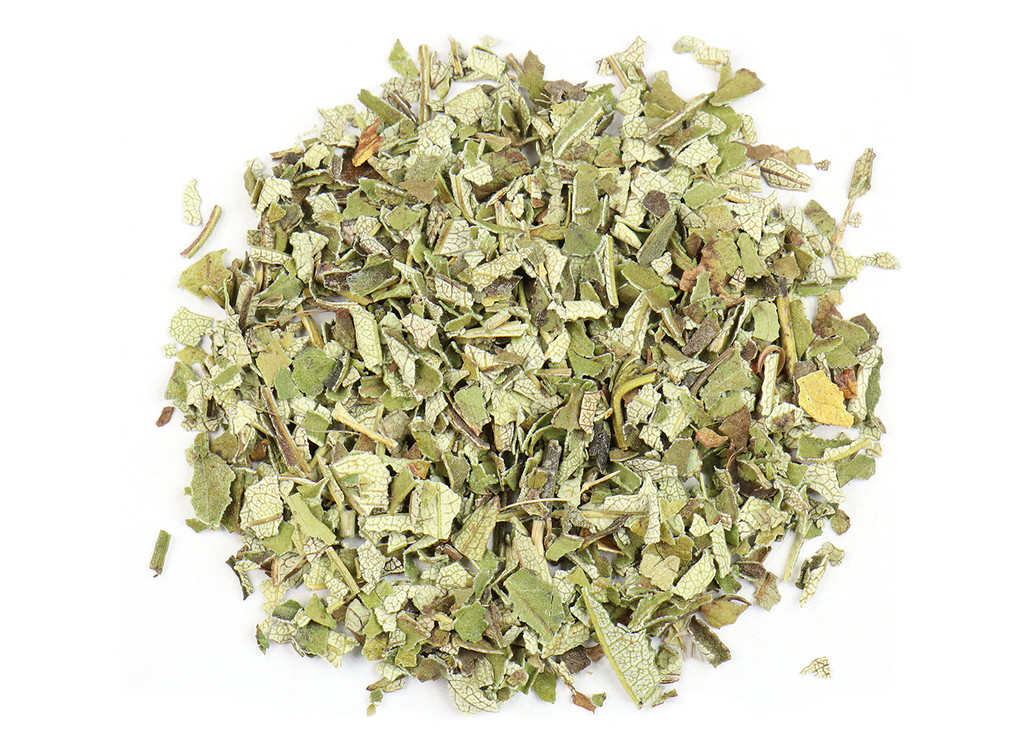 Yerba Santa translates from Spanish to “sacred herb”, named by Spanish missionaries who were impressed with the plant’s beneficial qualities. Eriodictyon californicum is native to the southwest United States and northern Mexico. It is an aromatic, evergreen shrub whose leaves have been used in traditional herbalism for centuries. Yerba santa leaf can be infused as yerba santa tea, incorporated into honeys and syrups, employed in external applications, or even steeped in bath water for an herbal soak.

Yerba santa is a sticky-leafed evergreen native to the southwestern United States. Unlike many other astringent herbs, yerba santa actually has a pleasant taste. It is used as a food flavoring and as an additive to herbal syrups to disguise the taste of other ingredients. It was given its name ("holy weed") by Spanish priests impressed with its properties. Yerba santa is a member of the Hydrophyllaceae family. Can be used as a tea but must be allowed to steep for at least half an hour to dissolve the resins. More often used as an alcohol tincture.