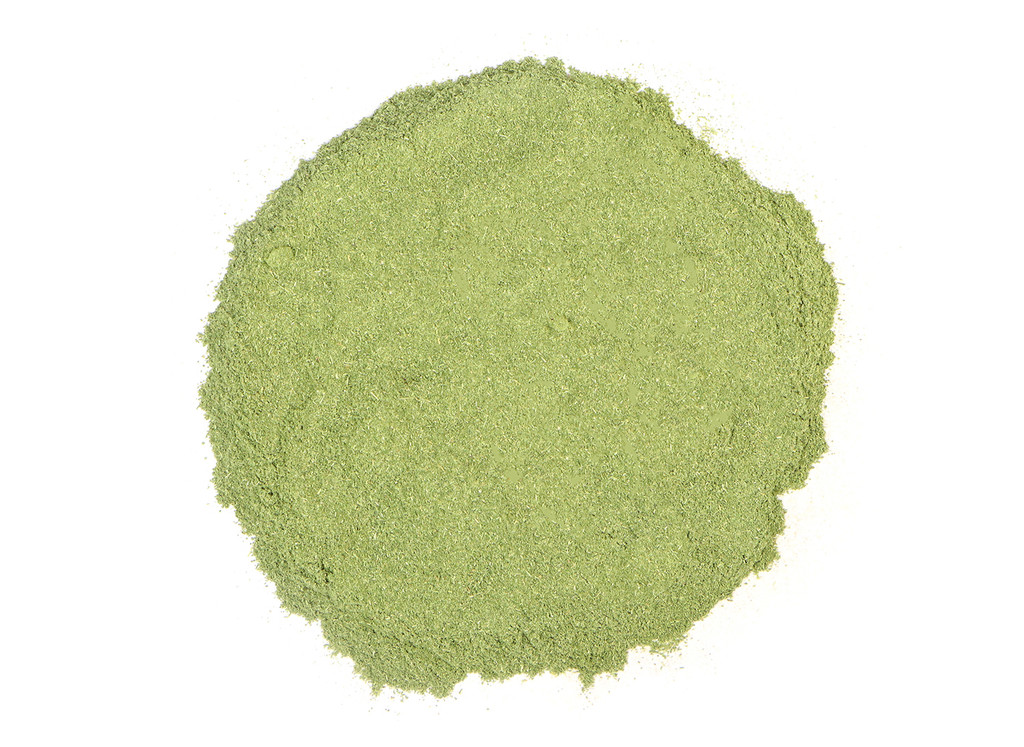 Medicago sativa is a flowering perennial plant in the Fabaceae family. Alfalfa has been used as a food in India, as a nutritive tonic in American folk practices, and for digestive support in Traditional Chinese Medicine (TCM). Our organic alfalfa powder is a healthful addition to green smoothies, blended juices, and herbal powders.

Alfalfa was used in TCM, making its first appearance around 200 CE during the Han Dynasty, for digestive system support and to stimulate the appetite. Alfalfa was revered for its soothing and strengthening properties. It became available around the 1850's to the Native Americans who adopted it into their healing system and referred to it as 'Buffalo grass'. They would grind up the seed into flour and put in gruels and bread and also ate the young leaves and shoots. In India, alfalfa seeds have been applied topically as a cooling poultice. The leaves are a source for the dietary supplement chlorophyll, and the seeds are used to make a yellow dye. In parts of China and Russia young alfalfa leaves have been served as a vegetable. The tastes are sweet, bitter, and earthy. It is energetically cooling. Dried leaf milled into powder can be made into capsules or herbal tablets, used in smoothies and soups, or infused as an herbal tincture.