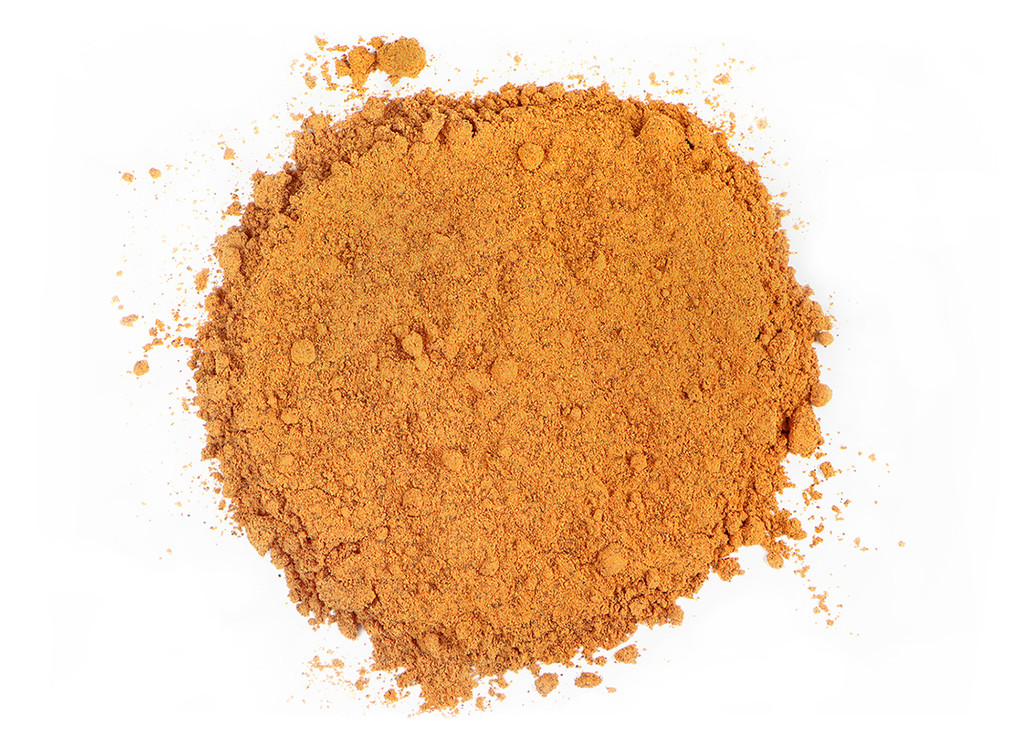 Native to Central and South America, achiote is a large evergreen shrub with pods containing an orange-red seed, which is referred to as annatto. Annatto seed is enjoyed for its slight floral aroma and earthy flavor. Our annatto seed powder is ground from organic Bixa orellana seeds. The seeds are traditionally combined with other spices to create a seasoning blend and are notably in use today as a coloring agent in foods and cosmetics.

Annatto is a South and Central American herb producing small, dark, red seeds with a faint, flowery odor. The tree was introduced to the Philippines during its Spanish period. In 1540, the Spanish mercenary Gonzalo Pizarro left the plunder of the Incan Empire on rumors that groves of cinnamon trees were to be found in the Amazon basin. Almost his entire force perished in the jungle. He escaped by sailing down the Amazon, his primary plunder the annatto berries he found instead of cinnamon.

The intense red color of the seed is due to bixin in the seed coat. Annatto also contains very high concentrations of carotenoids, chemicals in the same class as alpha- and beta-carotene. Annatto has been used for centuries to keep food from spoiling. Annatto seed powder is used in seasoning blends, cosmetics, and as a natural food dye. Common names include achiote and lipstick tree.