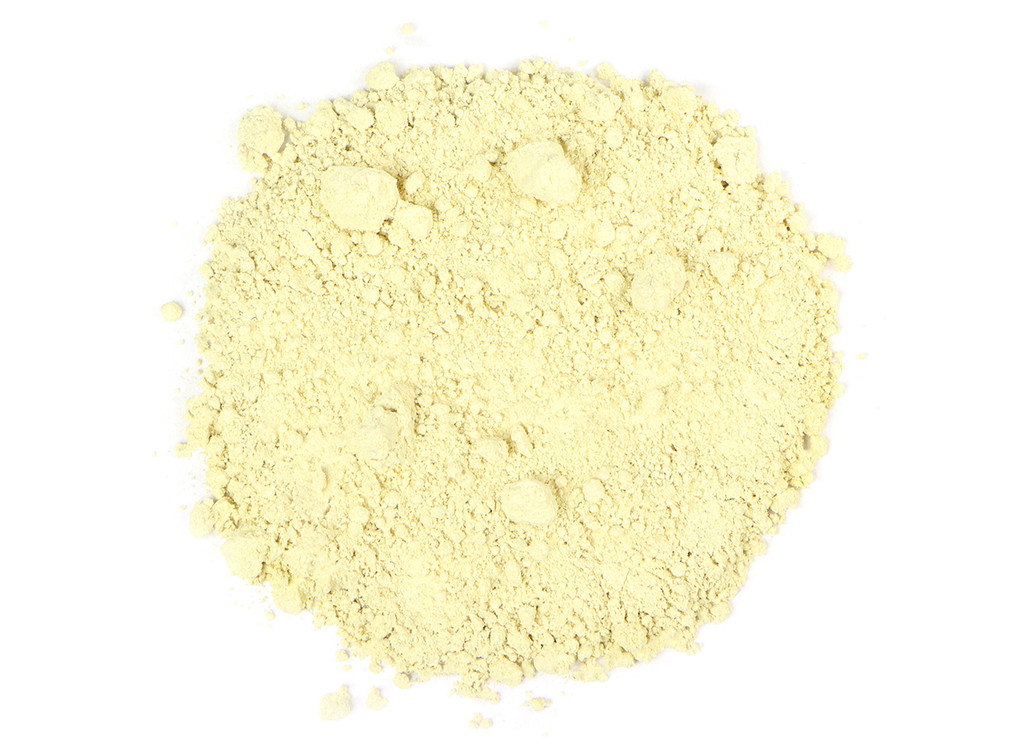 Trigonella foenum-graecum is an annual herb in the pea family with pale, yellow flowers and three-lobed, clover-like leaves. Fenugreek seed has a maple-like flavor, and is commonly found as a seasoning in Egyptian, Indian, and Middle Eastern cuisines. Our fenugreek powder is ground from organically cultivated seeds. Fenugreek seed powder can be added to savory and sweet dishes, tinctured, encapsulated, and used in topical applications.

Fenugreek seed has been used in herbalism and for culinary purposes for millennia. It is most often utilized in Indian, Egyptian, and Middle Eastern cuisine, but is used commercially as a flavoring agent in much of the world. Its delicate maple-like flavor makes it perfect for baked goods and confectionaries and also for creating imitation maple syrups. It has been utilized in traditional herbalism to support digestion, support lactation in nursing mothers, and as a topical application.

Fenugreek is an annual herb with light yellow flowers and three lobed, clover-like leaves, typical of the pea or Fabaceae family. Native to the Mediterranean region, the Ukraine, India, and China. The generic name, Trigonella, is derived from ancient Greek and means 'three-angled' in reference to the shape of the plant's corolla and the specific name, foenum-graecum, literally means 'Greek hay' as the plant was used to scent poor quality hay. Other common names include Greek clover, alholva (Spanish), methi or medhika (Ayurveda), and hu lu ba (Chinese).

Cultivated in ancient Assyria as early as the seventh century B.C.E., fenugreek seeds have been appreciated for their beneficial and culinary properties for thousands of years by the people living in this area, in particular the Egyptians. Fenugreek was first mentioned in the Ebers papyri (ca. 1500 B.C.E.). In Cairo, the seeds were soaked and made into a paste which was referred to as 'helba.' This herbal remedy was also utilized in traditional Arabian, Greek, and Indian medicine. In TCM (traditional Chinese medicine), fenugreek has been administered since at least eleventh century and is now official in the Chinese pharmacopeia. Considered bitter in taste and heating in nature, it is used to dispel dampness and cold and to warm the kidneys. Its main effects are on the kidney, lung, and large intestine meridians.

In traditional western herbalism, fenugreek seed has been used for many of the same purposes, particularly to support digestion and lactation in nursing mothers. Additionally, fenugreek is an emollient and makes a fine poultice for external use. Its mucilaginous qualities make it beneficial internally as well.

In India, the entire plant is considered edible, and the fresh leaves are cooked like spinach. In north India, dried leaves are added to a curry. The powdered seed smells of maple and butterscotch and in Indian cuisine is toasted in hot oil to further enhance the flavor. In southern India, it is added to fish curries and also used in sambar (vegetable lentil stew). Further, these ground seeds are used to add a maple flavor to food, beverages, candies, tobacco, imitation maple syrup, and also cosmetics and perfumes. The Commission E approved internal use of fenugreek as an appetite stimulant and for use externally as a poultice. Fenugreek is considered energetically heating with a pungent, bitter, and sweet taste.

Although fenugreek seeds have been used for sprouting, ours are harvested for their beneficial properties and not as sprouting seeds.