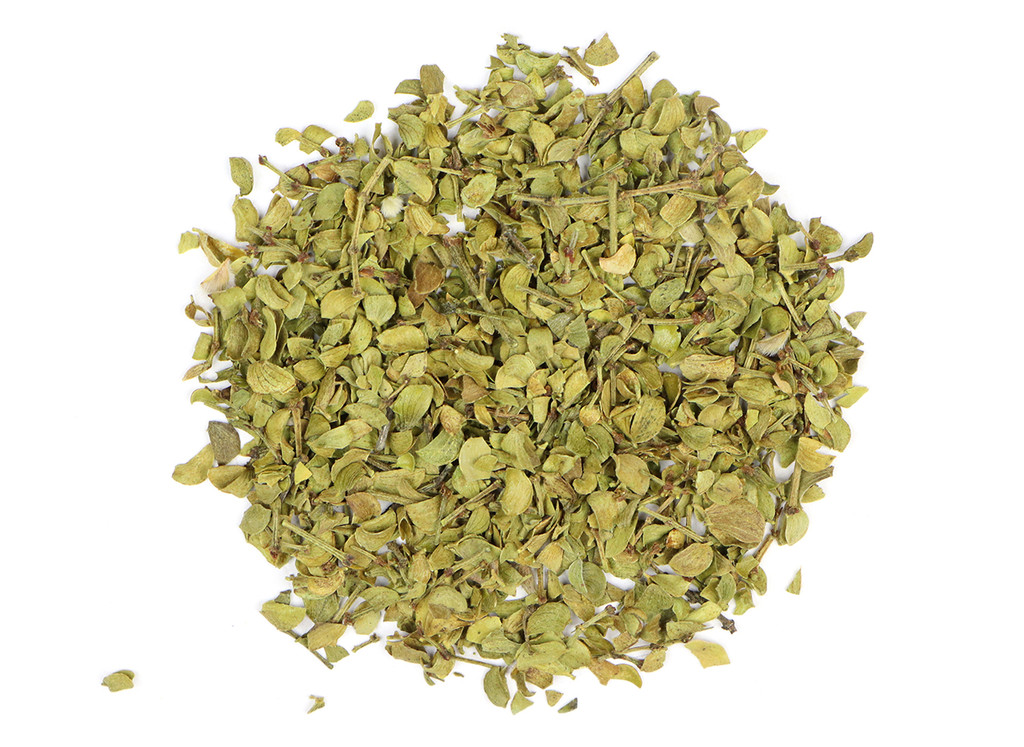 Estimated to be one of the oldest plants on Earth, Larrea tridentata, or creosote bush, is native to desert ecosystems in the southwestern United States and northern Mexico. Chaparral has resinous, evergreen leaves that can be described as pungently aromatic. Chaparral leaf is typically used in topical applications but can also be tinctured, infused in oil or honey, or brewed into tea.

Native to the Southwestern US, chaparral is one of the oldest plants on earth, with a stand in the Mojave Desert estimated to be over 11,000 years old. The stems and leaves of the bush are covered with a sticky resin that screens leaves against ultraviolet radiation, reduces water loss, and poisons or repels most herbivores. This resin is used in herbalism and to protect wood from insects. It received its name "creosote bush" due to the smell that comes from it when it rains. Its extremely bitter taste keeps it safe from animals that would otherwise graze upon it. It is also regarded as one of the most adaptable desert plants in the world; it was one of the first to grow back in Yucca Flats after the 1962 nuclear bomb tests done there. Chaparral contains lignans that are very similar to estrogen, giving it an effect on the skin similar to that of soy taken internally. Chaparral belongs to the Zygophyllaceae family.