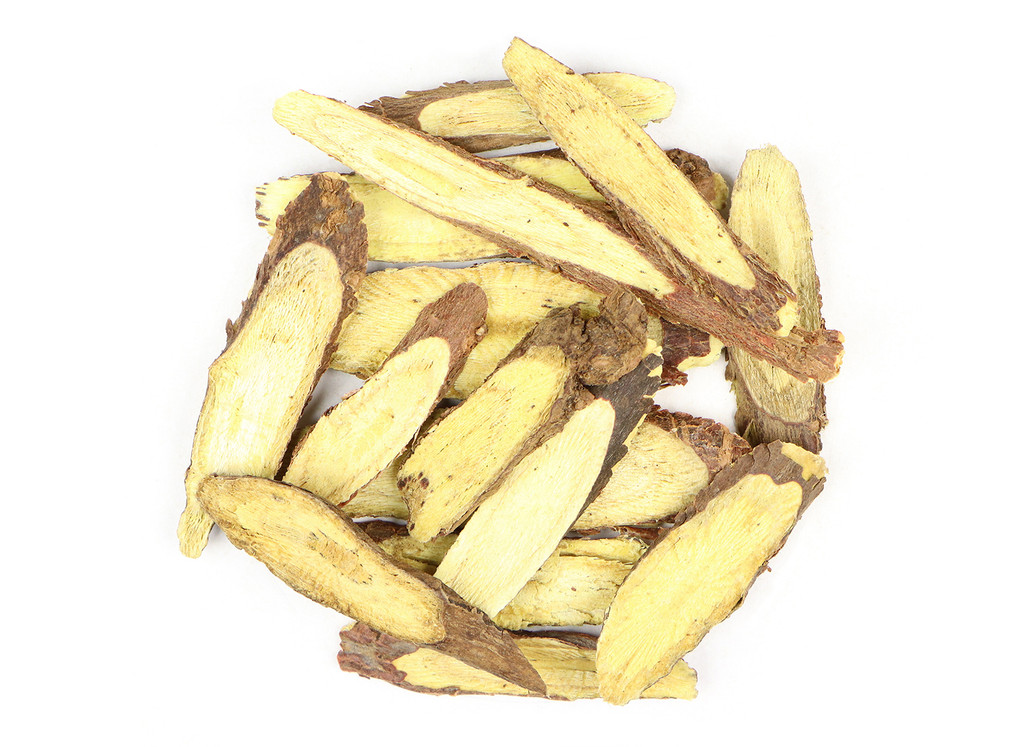 Chinese licorice is an herbaceous legume native to Asia. It is one of the 50 fundamental herbs of Traditional Chinese Medicine (TCM) with references to its use extending over a thousand years. In TCM the root is often added to herbal blends as a harmonizing ingredient. Our Chinese licorice root is sliced from organically cultivated Glycyrrhiza uralensis. These dried licorice slices can be used in decoctions and tinctures or try chewing them for a mouthful of flavor.

In a recent survey of Western medical herbalists, licorice ranked as the 10th most important herb used in clinical practice. An astonishing number of Chinese herbal formulas (over 5,000) use licorice to sweeten teas and to "harmonize" contrasting herbs. Its first documented use dates back to the time of the great Chinese herbal master Zhang Zhong Zhing, about 190 AD, but it was certainly used for many centuries prior to this. In 1914 the Chicago Licorice Company began to sell Black Vines, the first in a very long line of licorice based modern candies.