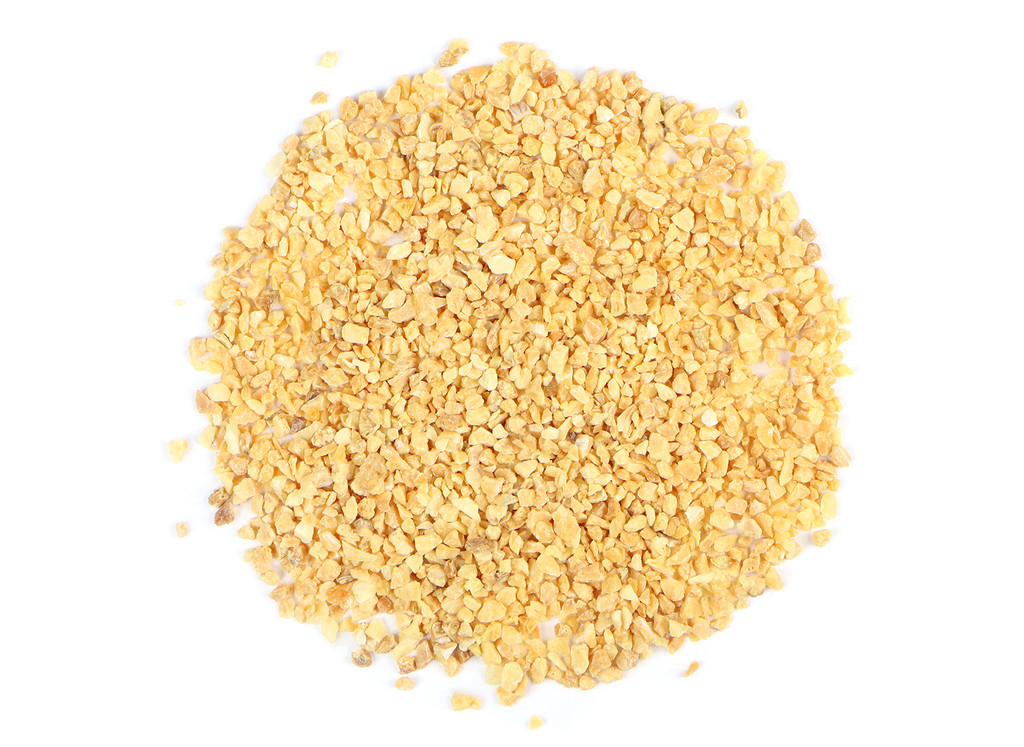 Allium sativum may be one of the most popular and globally recognized of all the herbs. Aromatic and pungent, garlic is used to flavor foods from all over the world. Garlic is also commonly employed for its wellness supporting properties and is used extensively in Traditional Chinese Medicine and Ayurveda. Our dried minced garlic has the largest grind of our garlic offerings and can be infused in oils or used in cooking.