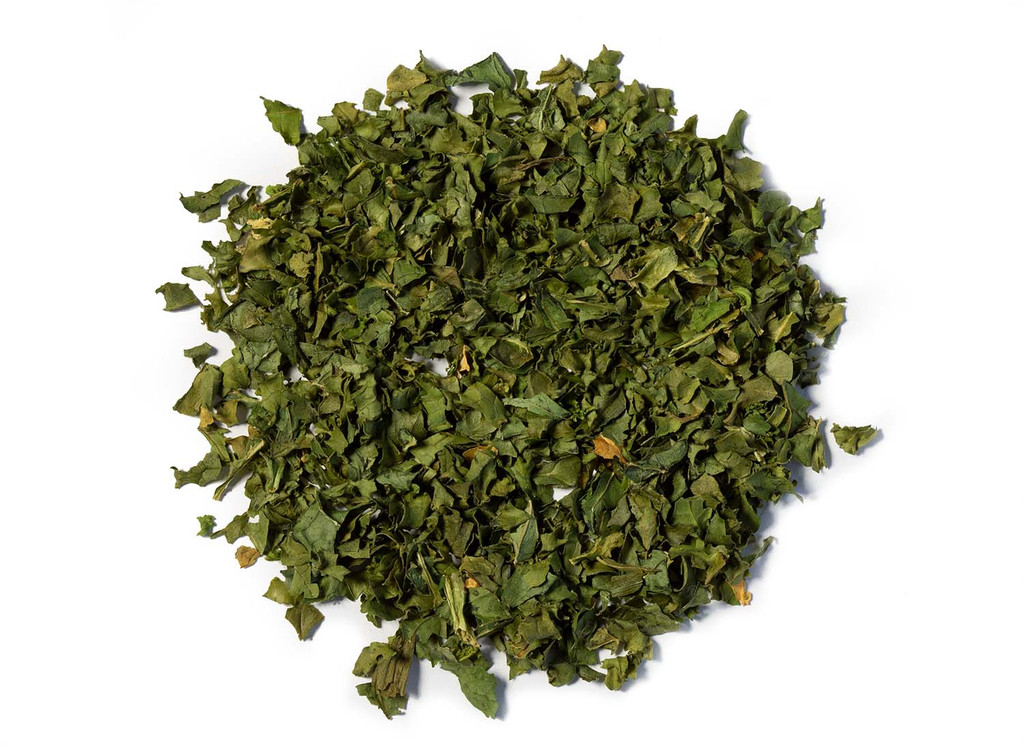 Kale is a well-known cruciferous vegetable from the mustard family, commonly grouped with the leafy cabbages. Originating in the eastern Mediterranean and Asia minor the earliest documnetation of it's use as an edible plant was around 2000 BCE.  It is an annual vegetable that can survive in a wide range of temperatures going as low as 5 degrees Fahrenheit. This ability to withstand cold resulted in it’s important historical role by providing accessible nutrition to impoverished communities throughout Europe year-round. During World War II the U.K. encouraged planting kale in community gardens to counter nutrient deficiencies caused by rationing.

The fresh plant can be steamed, stir fried, added to soups and stews, roasted, or used in salads. As kale became popularized in the United States throughout the 1990’s and early 2000’s it began to show up on shelves in the form of chips, flakes, and powders. These products provided a quick and easy way to incorporate the nutritional value of kale into all sorts of foods.

Our kale flakes are dried and cut into a coarse flake suitable for use as a seasoning, in a spice blend, or as a food topping. There’s a reason kale is considered a superfood, boost the nutrition of any meal with the addition of kale flakes.