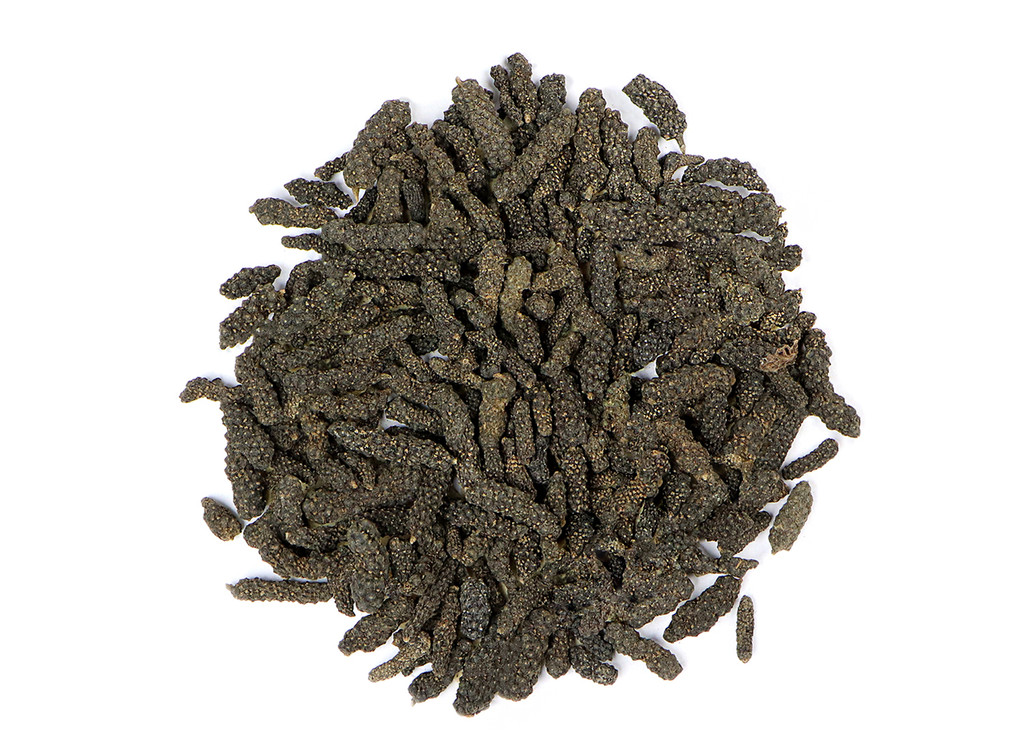 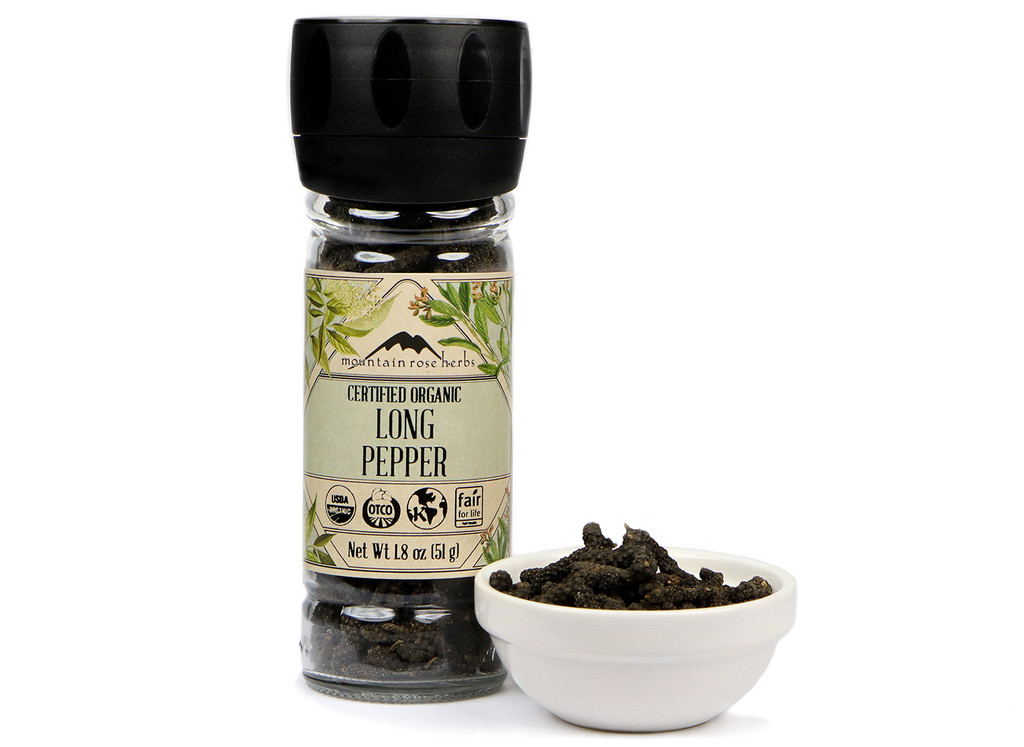 For hundreds of years, long pepper has been employed as a spice in Mediterranean, African, and Asian cooking. It is a notable ingredient in various Indian spice blends and has been historically used in Ayurvedic herbal formulations for its beneficial properties. Similar to black pepper, Piper longum imparts a spicy, earthy flavor to curries, pickles, sauces, and fresh fruit.

The long pepper has been used for centuries in Mediterranean, African, Indian, and Indonesian cooking, although it has almost fallen into obscurity in the past few hundred years. The long pepper comes from a flowering vine with large catkin flowers. Within each flower are small black spikes that are the actual pepper. The taste is very similar to regular black pepper, and it is a relative of the species piper nigrum, but with a much hotter taste and an almost earthy, sweet overtone. When broken or ground up it imparts an even greater pungency to food. It has been reported that Attila the Hun demanded part of the ransom for his sacking of Rome to be paid in long peppers. One of the most notable uses is as an ingredient in herbal medicine includes adding long pepper with ginger and black pepper in a popular base ingredient in Ayurvedic medicine called Trikatu. Piper longum belongs to the Piperaceae family and also goes by the name jaborandi pepper.

Long pepper is used as a spice for a variety of dishes, or as a substitute for regular black pepper. On a global scale, it has been used in pickles, preserves, curries, soups, sauces, or ground up and tossed with fresh fruit.

The word pepper comes from the Sanskrit word pippali, which is Sanskrit for long pepper. On a more macabre note, practitioners of western occult arts have used the long pepper in a formula to help create the fabled "Dead Man's Hand", a grisly talisman that is said to impart invisibility and protection to its owner.