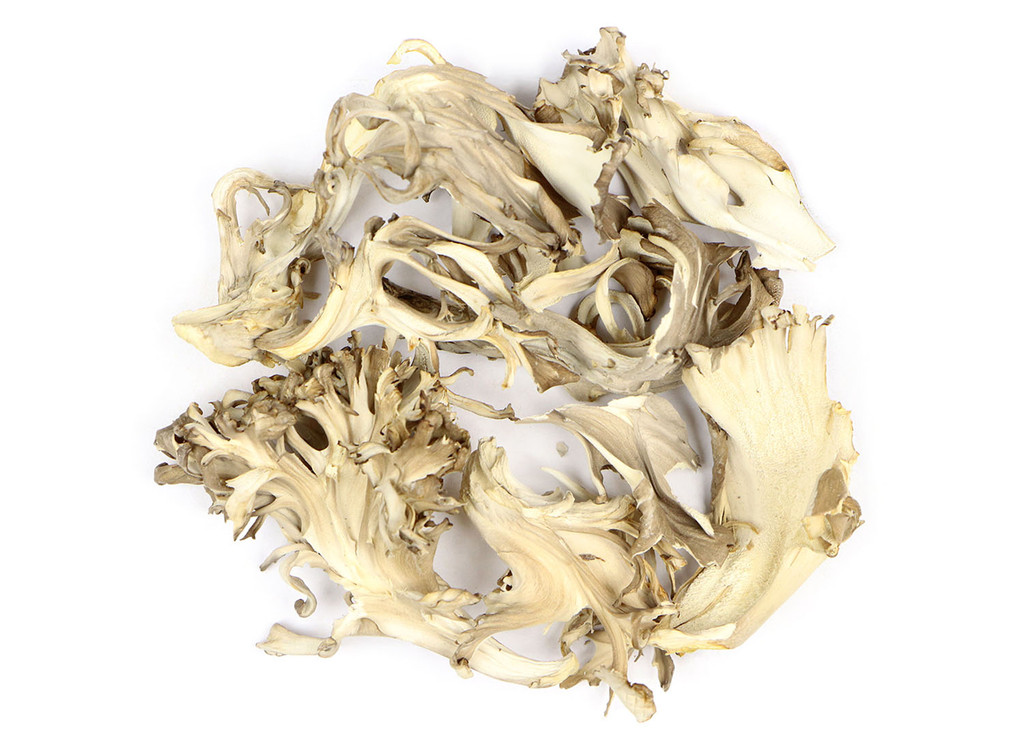 Grifola frondosa is a polypore mushroom that grows in clusters at the base of hardwood trees throughout China, northeastern Japan, and eastern North America. Maitake mushroom is revered in Traditional Chinese Medicine and traditional Japanese herbalism for its wellness supporting properties. It is often incorporated into culinary dishes for its strong, earthy flavor. Also called hen of the woods or dancing mushroom, maitake is typically used as an extract or rehydrated and added to broths, soups, and sautéed vegetable dishes.

Our Maitake is cultivated in the USA using wheat bran and soybean hulls as a growing medium. Maitake is a Japanese mushroom closely related to polyporus used in Traditional Chinese Medicine. The word Maitake is literally translated from Japanese as "dancing mushroom," so named because in ancient times people who found Maitake could exchange it for its weight in silver, leading to their dancing in celebration. Maitake is recognized by its small, overlapping tongue- of fan-shaped caps, usually fused together at the base of a host tree stump or on tree roots.

Precautions
Grown on a wheat bran and soy bean hull substrate. We recommend that you consult with a qualified healthcare practitioner before using herbal products, particularly if you are pregnant, nursing, or on any medications.