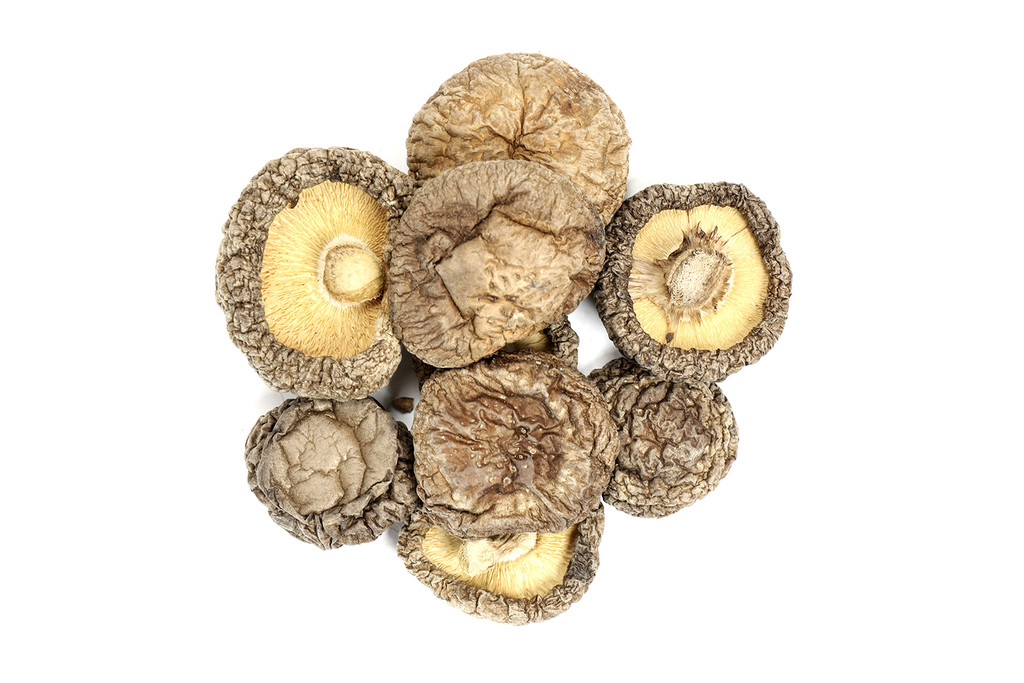 It is natural for size variation in shiiktake mushrooms to occur. Shiitake is native to parts of Asia but are now grown around the globe, becoming the second most cultivated mushroom worldwide. Lentinula edodes has been a choice food for millennia in Asia and is prized in Traditional Chinese Medicine for its healthful qualities. Reconstituted dried shiitake mushrooms can be sautéed with vegetables and tofu, or added to soups, sauces, and stir fries. Shiitake mushroom can also be infused into broths and enjoyed as an earthy tea.

The beneficial properties of shiitake mushrooms have been prized in traditional Chinese medicine for over 6,000 years. The antioxidant activity of polysaccharides (beta-glucans) contained in shiitake help maintain cell integrity and fight free radicals. Shiitake supports immune health to help you stay feeling your best and supports the body’s immune defenses to stay feeling healthy.*

The Chinese believe that shiitake are more like animals than plants and are even thought to have a social aspect to their lives. They do not grow wild in the US, and are native only to parts of Asia, but have been cultivated in the US extensively in the past few decades. In the 1930's the Japanese developed a way to cultivate them using saw cuts in wood, and by drilling holes in cut wood. They have since become the second most cultivated mushroom in the world. There has been an even faster method of cultivation developed using sawdust blocks, but these are considered to be inferior to the others, selling for as much as 10 times less on the market. They have grown more popular in the US as the general population have embraced ethnic cooking, particularly Asian flavors, and their popularity has only been helped by the growing medical reports that various constituents in shiitake and other Asian mushrooms provide a number of healthy benefits.