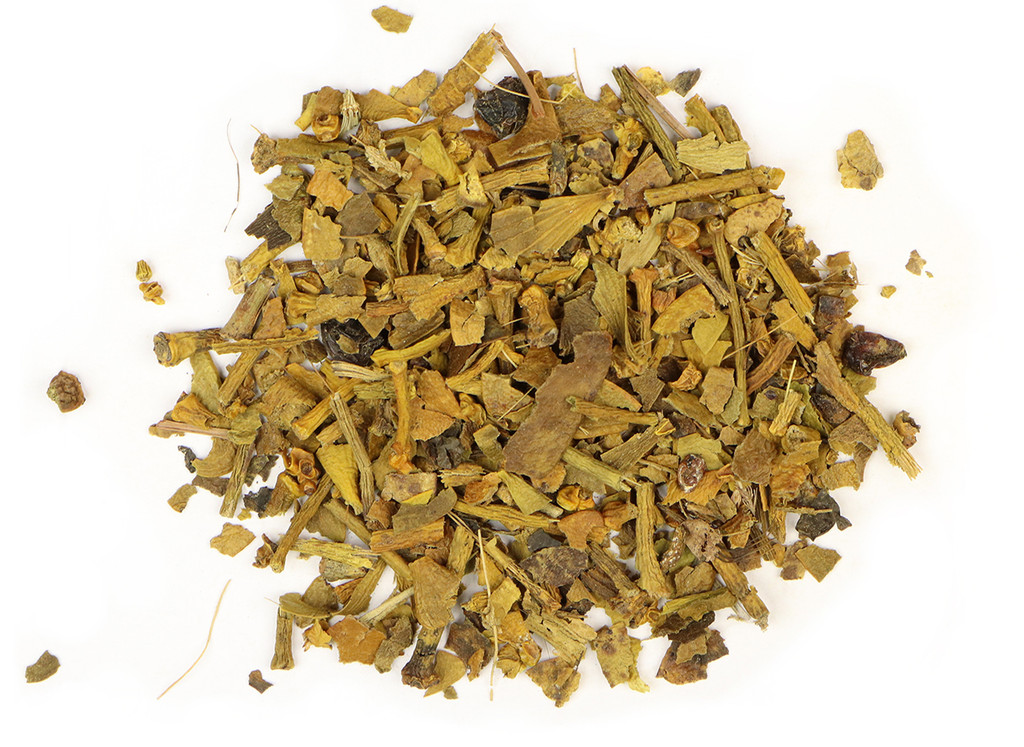 Viscum album is an evergreen plant that grows in deciduous trees. Partially parasitic, mistletoe forms clusters on treetops, drawing nourishment from its host. In traditional healing practices, mistletoe herb was often blended into formulas to synergize its powerful beneficial properties. It can even be steeped as mistletoe tea or extracted. Mistletoe also has a long history of folklore associated with peace, protection, and ceremonies.

Mistletoe is an evergreen hemiparasitic plant and member of the Viscaceae family. It grows on the branches of host deciduous trees and forms clusters or "bushes" from 20 to 60 inches (50-150 cm) in diameter, drawing all its nourishment from the tree on which it grows. Small flowers mature into berries which are sticky to the touch and whitish in color. They remain on the plant throughout the winter.

Mistletoe has historically been associated with peace; According to legend, any enemy who stepped under mistletoe was required to lay down their arms and declare a truce until the next day. Mistletoe was also thought to be the "golden bough" written about in the Aenid by Virgil.

Kissing under the mistletoe is a winter tradition that began with the Greek festival of Saturnalia, celebrated in late December. The Druids believed that mistletoe protected its possessors from misfortune and used it as an aphrodisiac, an antidote for poison, and to bestow long life and fertility.

In Norse mythology, Balder, the son of Odin, was killed by an arrow made of a mistletoe branch shot by the Norse trickster Loki, who knew that this was the one tree that Balder's mother Frigga had not enchanted to do her son no harm. One strain of Christian myth teaches that the mistletoe was once a tree and was used for the lumber to make the cross; the plant was said to have shriveled in shame and become a parasite.

There are actually two types of Mistletoe. Phoradendron flavescens is a decorative plant that is native to the Eastern seaboard of North America and is most commonly used in Christmas decorations. The second types, Viscum album, is of European origin and are most commonly found on apple trees, sometimes growing on oak trees as well. This latter species is highly venerated by ancient Celts and Germans and is used as a ceremonial plant.