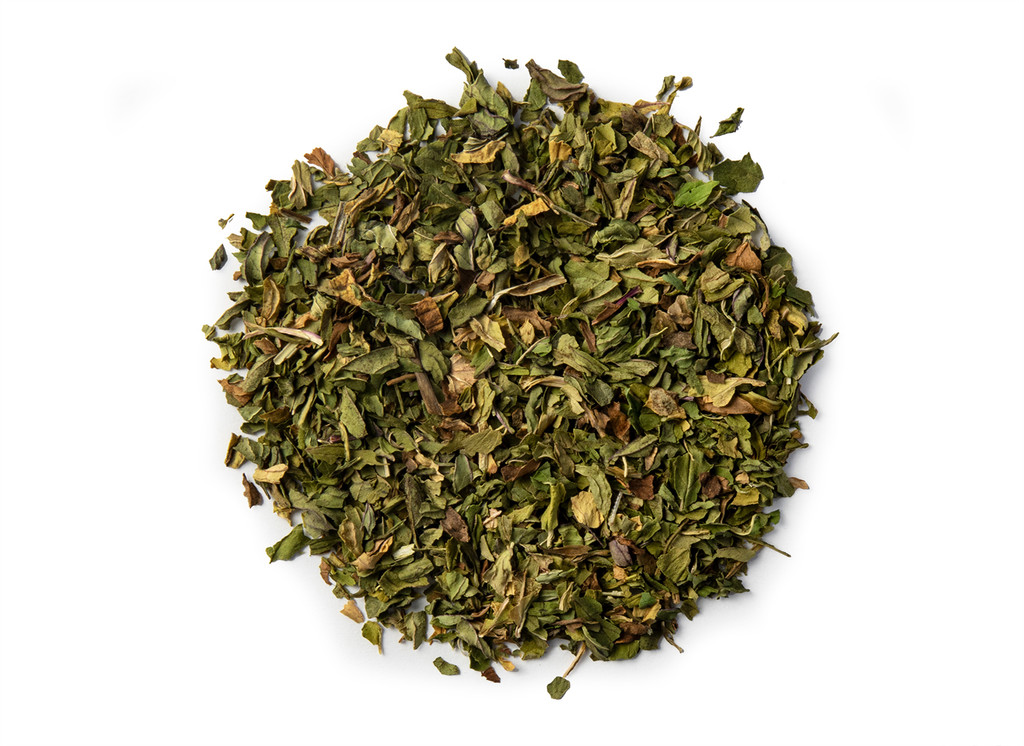 Mentha x piperita is a flowering perennial that is native to Europe and has since spread worldwide. Peppermint is a natural hybrid of spearmint and water mint. It is used for its healthful properties and has many applications in food. Peppermint leaf is commonly steeped as a refreshing peppermint tea but is also popular in herbal tea blends and candies. Our peppermint leaves are organically cultivated in the United States.

The world's most familiar "mint scent" is the aroma of peppermint. In Greek mythology, Menthe was turned into a peppermint plant when Proserpine, in a jealous rage, found out that Pluto was in love with her. Even earlier, Assyrians used peppermint as an offering to their fire god.

Peppermint contains an essential oil that is unique among mints for its quality and flavor. Artificial mint compounds do not effectively duplicate the aroma or medicinal properties.

Peppermint is one of the most popular herbs in teas, candies, and chewing gums. Cultivation and oil production started in the US in the 1790's, and was a major export business by the mid 1800's. The U.S. is still the world's leading producer of peppermint oil, making an average of 4,117 tons annually. Some companies in Japan are said to pipe peppermint oil into their AC system to invigorate their workers and thereby increase productivity.

The oil of peppermint offers its cool, refreshing flavor and unmistakable aroma to a wide variety of foods and beverages. In the western world it is a common ingredient for candies, toothpastes, ice creams, pies and other desserts. The peppermint leaf itself is muddled and added to cocktails and is a popular ingredient in herbal teas when dried.

In cuisine of the Middle East, peppermint is noted for its contribution to savory dishes. It is added to spice rubs which are used to flavor lamb and other meats. It is also blended with yogurts, beans, and cheese.