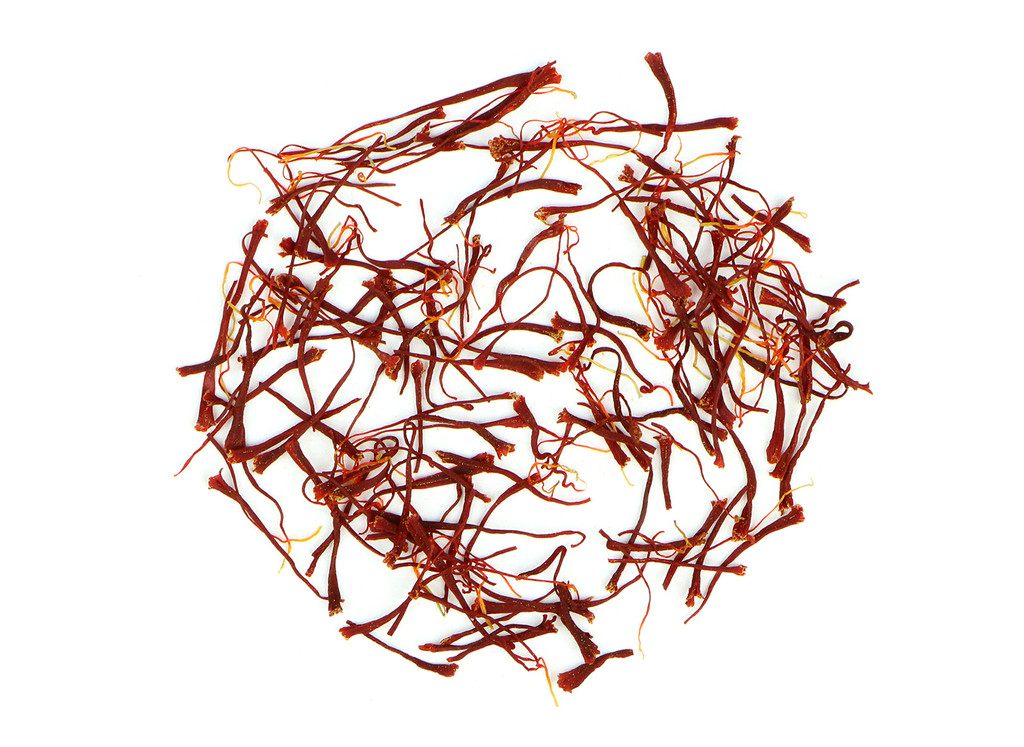 Crocus sativus is perhaps best known for its stigma which is a highly prized culinary spice. A member of the Iris family, the saffron crocus has been cultivated for thousands of years and is no longer found in the wild. Saffron threads are employed for their unique flavor and healthful properties and have even been used as a dye, imparting a rich, yellow hue to textiles. Considered a precious spice, a small amount of saffron tends to go a long way. Our organic saffron can be steeped as saffron tea or used in culinary recipes.

Saffron has a well-deserved reputation as being the most expensive of herbs and spices, even when one considers that no more than a thread or two of the precious spice is needed to flavor an entire meal. Besides its culinary uses, saffron has a long history of wellness use both in Eastern and Western traditions. And the herb was mentioned in the Bible, and was used by ancient Greeks, Indians and Egyptians.

Saffron is known throughout the world as a precious, expensive spice, easily bringing $500 or more per pound. It is made from the stigma of a sterile crocus, which blooms in the autumn in areas with wet springs and hot dry summers. It takes nearly 150 flowers to produce a single gram of dried saffron threads. Saffron is used in flavoring foods and is highly prized as a dye. It yields a deep, rich yellow that has given its mark to the robes of Tibetan monks, among others.