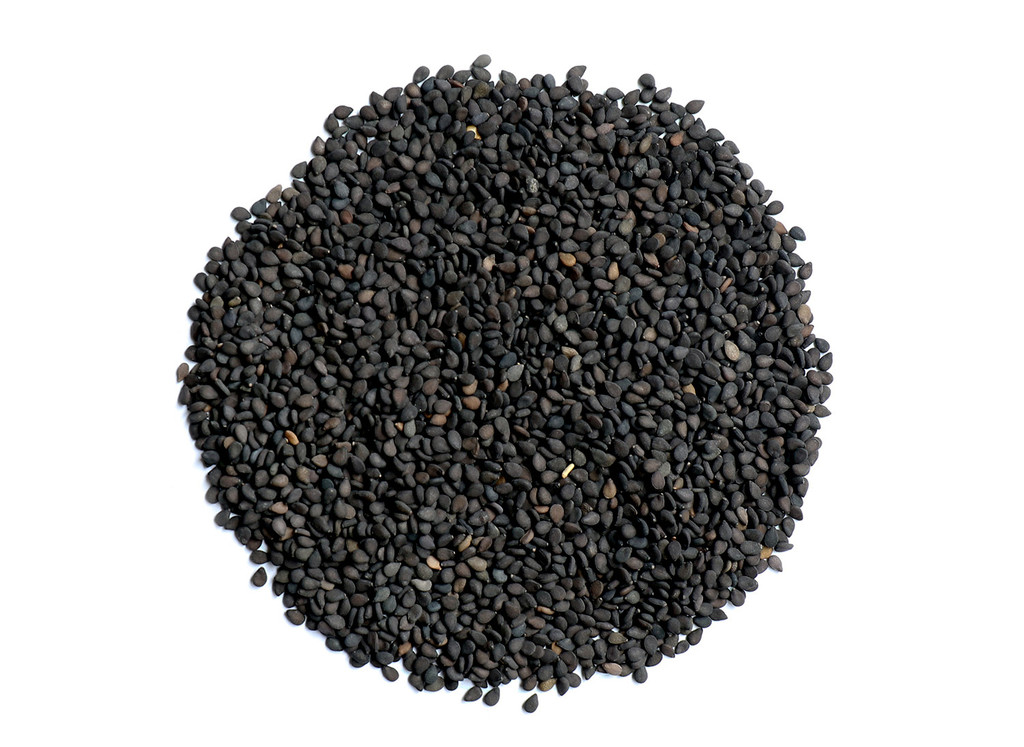 Sesamum indicum is an herbaceous, flowering annual in the Padaliaceae family. This ancient plant is thought to have been cultivated for at least 3000 years and is considered one of the oldest oilseed crops. Sesame has small, bell-shaped flowers, fuzzy, slender leaves, and oblong seed capsules that contain several tiny, flattened, oval-shaped seeds. The plant likes to grow in hot climates and tolerates drought and poor soil conditions well. Originally native to Africa, sesame cultivation spread to Egypt, the Middle East, India, and beyond, and is now naturalized in tropical regions around the world. While sesame seeds are popular for their healthful properties and as a food ingredient, they are often pressed into a liquid for their high oil content.

Sesame seed has played an important role amongst humans for millennia. Archeological evidence shows that the use of sesame oil as a food dates back thousands of years to the Middle East and the Babylonians were using it as a perfumery base as early as 2100 BCE. To further illustrate the long-standing relationship, ancient Egyptian paintings show sesame seeds being sprinkled on bread and there is evidence that the oil was used for ceremonial purification.

Sesame seeds have a long history of use in global herbal practices. In Ayurveda, sesame seeds were ground and applied as a poultice and a sesame paste was blended with ghee also for external use. Sesame oil was often applied to the skin and hair for added nourishment and was even used as a base in perfumed oils for anointing. In Traditional Chinese Medicine, sesame seeds are known as a yin tonic and are used to moisturize and increase body fluids. In western European herbalism, sesame oil was also utilized in a range of external applications.

Sesame seeds are small but packed with nutrients. Both white and black varieties are a popular culinary ingredient in sweet and savory dishes and especially in a diverse array of Asian cuisine. Seeds can be eaten raw or roasted to enhance the inherent sweet, nuttiness. While white sesame seeds are often ground into a paste and used as a condiment, black sesame seeds are often found in spice blends, salads, tofu dishes, crackers, sushi rolls, on baked goods, and more. Black sesame seed is especially popular in desserts where the bitter, earthiness pairs well with sweeter components. In Cantonese cooking, sesame seed is eaten for dessert as a post-dinner wellness tonic.