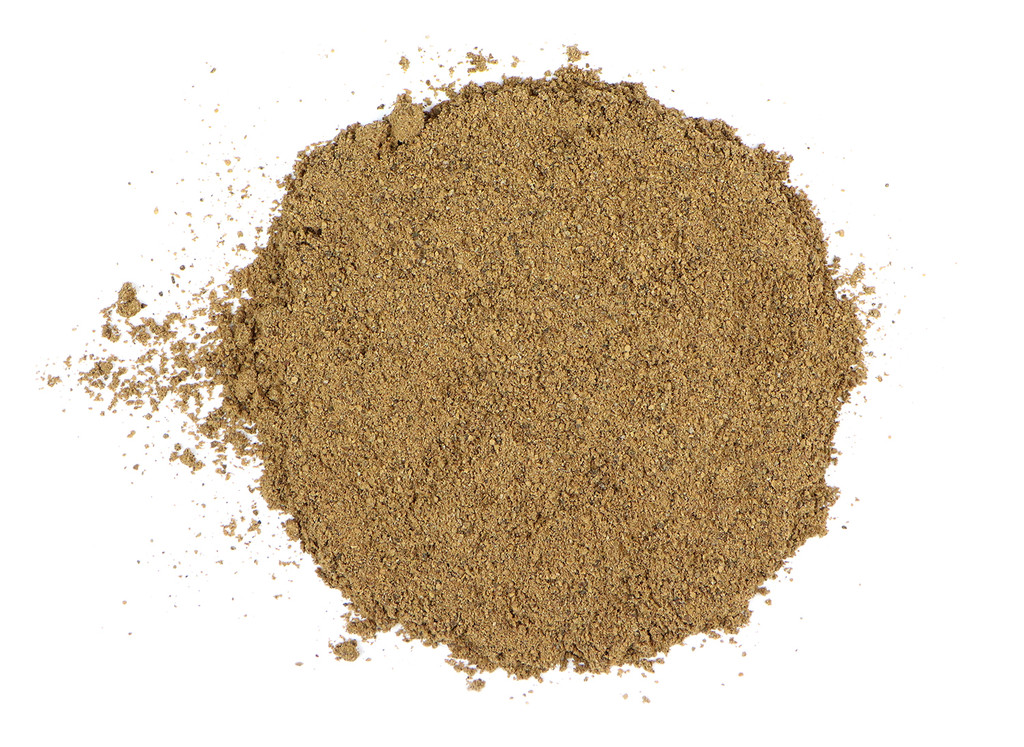 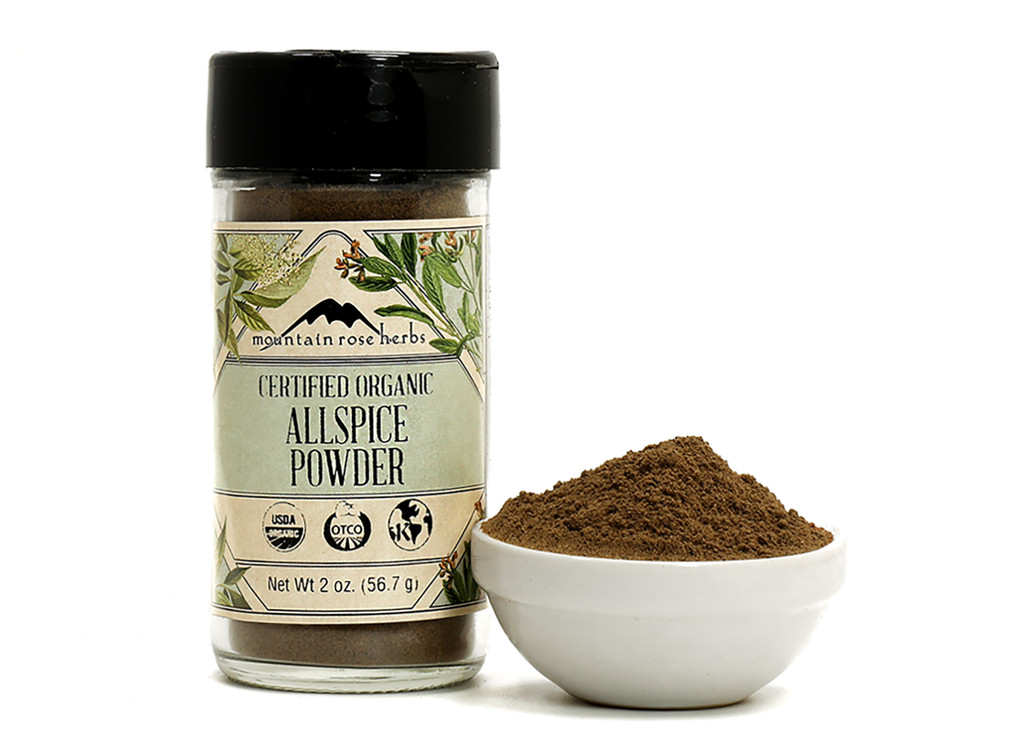 A warming aromatic, allspice has both sweet and piquant flavors that are reminiscent of cinnamon, cloves, and nutmeg. Allspice is the unripe fruit of an evergreen shrub found exclusively in the western hemisphere, mostly in the Caribbean and Central America. Our allspice power is ground from whole Pimenta dioica fruits adding a complex flavor to spice blends and baking recipes. Ground allspice berries will also make a wonderful addition to tonics, tinctures, and mulled beverages.

Allspice comes from an evergreen shrub native to the Caribbean, southern Mexico, and parts of Central America. The smaller plants are sensitive to frost, but become hardier with age, growing to the size of large canopy trees. The spice itself is actually the unripe fruit of the plant. After harvest, the fruits are dried in order to create the little brown berries we know as the spice. It is named after its complex flavor which is said to resemble the combined taste of cinnamon, cloves, and nutmeg.

The Spanish discovered allspice growing in the Caribbean during Columbus's early voyages to the Americas. They introduced the spice to Europe during the 1600's. Despite its popularity, cultivation outside its native region has been uncommon and often unsuccessful. Allspice thrives in warm climates and grows almost entirely in the Western Hemisphere. Due to its limited range, it is not well known in many parts of the world.

Allspice powder is used in baking, spice blends, and tincturing. Frequently used with cardamom, cinnamon, and/or green tea. Allspice is a celebrated component of Caribbean cuisine, famous for its sweet, spicy fragrance and piquant flavor. It is a classic ingredient for marinades and jerk rubs and is often included in hot mulled cider during the frosty winter months.