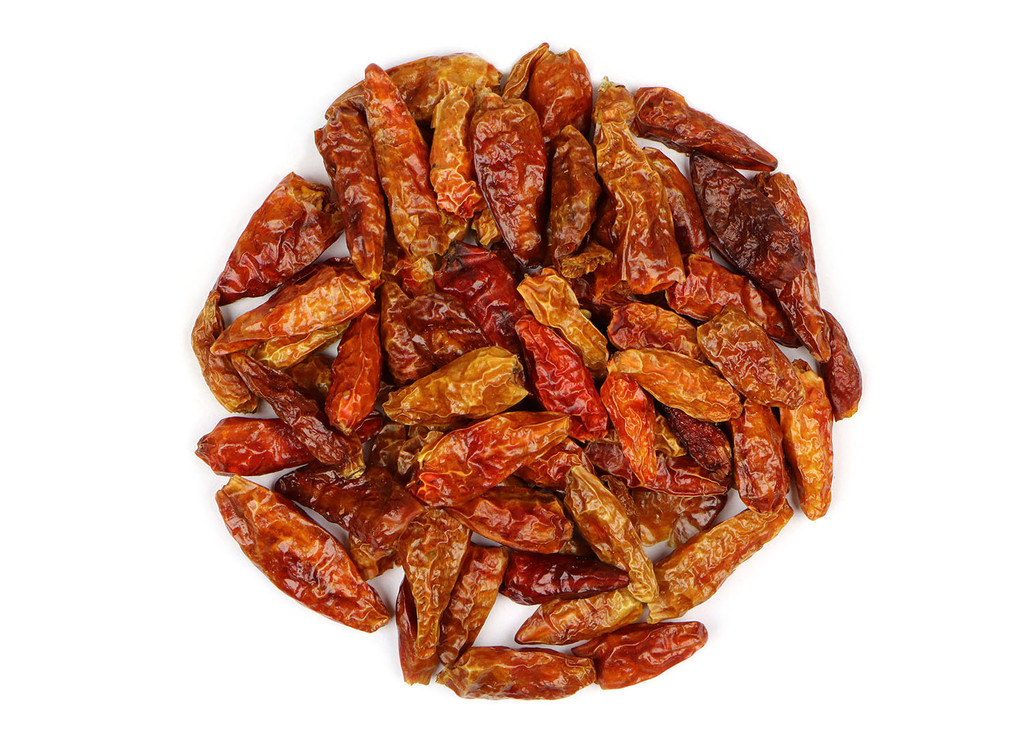 Bird’s eye chili is commonly found in Ethiopian and southeast Asian cuisines. This small pepper with a punch is a variation of Capsicum annuum. It has a hot burn with a slightly fruity flavor. Also referred to as Thai chili, bird’s eye chili peppers can be used in stir fry, soups, salads, and condiments.

Our bird’s eye chilis are typically between 75,000 – 125,000 HU and considered very pungent. The pungency of a chili pepper has historically been measured using the Scoville scale, which assigns heat units (SHU or HU) using a subjective assessment to determine the concentration of capsaicin in a pepper. Capsaicin is an active component of chili peppers, responsible for the warming and occasional burning sensations felt. Developed by American pharmacist, Wilbur Scoville, the Scoville scale remains the most common way of classifying the heat of a pepper, although modern, lab-based testing methods are now being used.