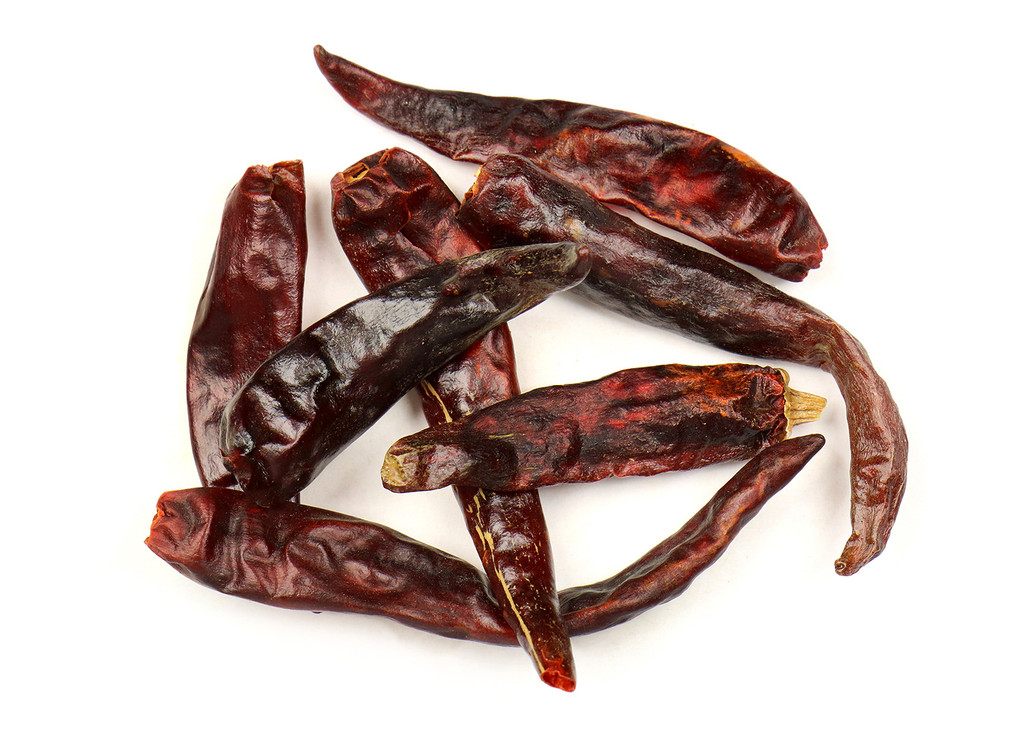 Native to the Americas, Capsicum annuum is the most common and extensively cultivated species of Capsicum, which includes a wide variety of shapes, sizes, and heat levels. Our organic and fair trade whole chili peppers have a mild to medium spice and can be added to culinary recipes, or infused into oils, vinegars, and honeys.

Our whole chilis are typically between 20,000 – 50,000 HU and considered highly pungent. The pungency of a chili pepper has historically been measured using the Scoville scale, which assigns heat units (SHU or HU) using a subjective assessment to determine the concentration of capsaicin in a pepper. Capsaicin is an active component of chili peppers, responsible for the warming and occasional burning sensations felt. Developed by American pharmacist, Wilbur Scoville, the Scoville scale remains the most common way of classifying the heat of a pepper, although modern, lab-based testing methods are now being used.

Precautions
Excessive use may cause gastrointestinal irritation. Not to be exposed to broken skin or eyes.
We recommend that you consult with a qualified healthcare practitioner before using herbal products, particularly if you are pregnant, nursing, or on any medications.