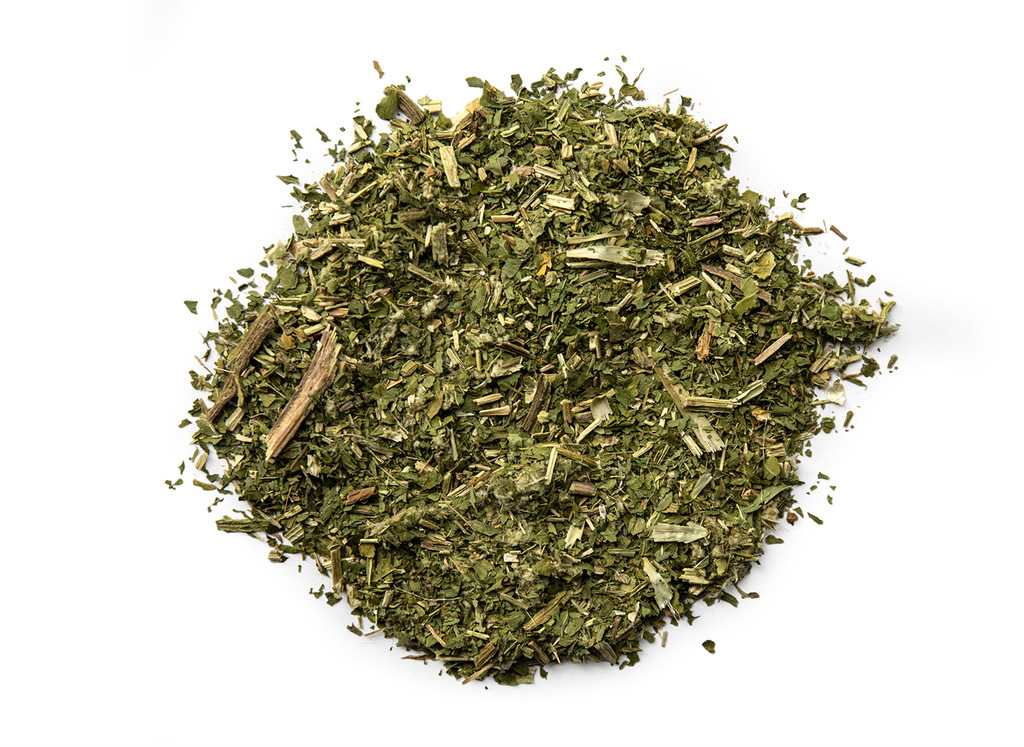 Native to the Mediterranean, Cnicus benedictus is an annual in the Asteraceae family. It has long narrow leaves and is completely covered in fine hairs, with a characteristic, prickly, green flowerhead. Blessed thistle herb has a long history of use in traditional European herbalism extending back to the Middle Ages. Bitter in flavor, blessed thistle is commonly used in extracts and cordials.

Blessed thistle has been revered since the Middle Ages in Europe for its use as a digestive stimulant and nutritive tonic. It was also eaten as a vegetable. This herb is approved by the German Commission E for its ability to increase appetite and support the digestive process and is also an approved food additive in the United States for its flavoring of liqueurs such as Benedictine.

Blessed thistle leaves and flowering tops are best collected in the summer, just after flowering, in the late morning after the dew has evaporated.

First used in Ayurvedic medicine, blessed thistle eventually made its way to Europe. By the early sixteenth century, it had gained footing in European folk medicine and was cultivated widely in monastery gardens. Even the famous poet Shakespeare mentioned blessed thistle in his play Much Ado About Nothing.

Blessed thistle is also a part of the secret recipe used to make the Benedictine liqueur. As the story goes, in 1510, a Benedictine monk, Don Bernardo Vincelli, created the recipe for this liqueur that contains 27 different herbs, including angelica, hyssop, and lemon balm. It is said that only three people on earth (at a time) know the complete recipe for making it.

Precautions
Persons with allergies to other members of the Asteraceae family (such as feverfew, chamomile, or Echinacea species) should exercise caution with Blessed Thistle as allergic cross-reactivity to Asteraceae plants is common. We recommend that you consult with a qualified healthcare practitioner before using herbal products, particularly if you are pregnant, nursing, or on any medications.