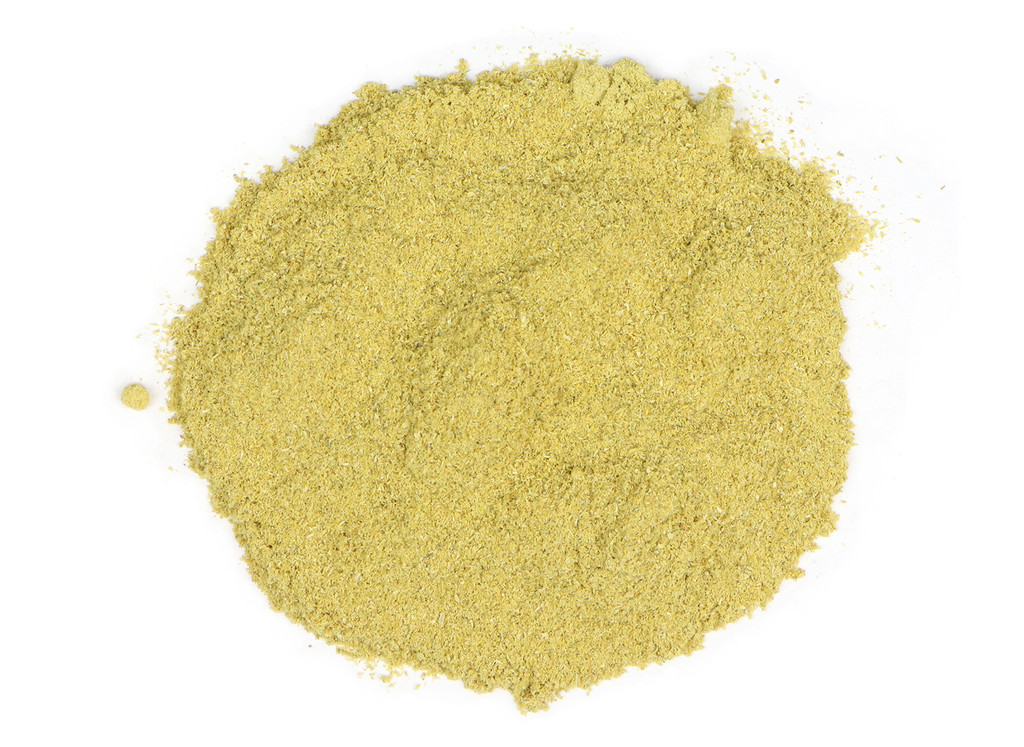 Calendula is a cheerful, sunny plant that is well-loved by herbalists worldwide. Our organic calendula flower powder is ground from organically cultivated Calendula officinalis flowers. Calendula powder can be used in culinary recipes, incorporated into homemade beauty care products, infused into herbal oils, or macerated as calendula extract.

Calendula is a well-known herb and uplifting ornamental garden plant that has been used topically, ceremonially, and as a dye and food plant for centuries. It is also commonly referred to as marigold or pot marigold. Calendula is an annual herb bearing the characteristic daisy-like flowers of other members of the Asteraceae family, having bright orange or yellow terminal flower heads and pale green leaves. Native to Southern Europe, Egypt, the Mediterranean, and in the region spanning the Canary Islands to Iran, calendula is now naturalized in much of the world and is commonly grown in gardens.

Calendula is cultivated in the Mediterranean countries, the Balkans, eastern Europe, Germany, India, Poland and Hungary. Smaller amounts are grown in North America, Chile, Australia and New Zealand. The best time to harvest flowers is in the summer, in the heat of the day when the resins are high and the dew has evaporated. Carefully dry flowers at low temperature in order to keep their vibrant color.

In medieval Europe, calendula was widely available and was known as “poor man’s saffron” as it was used to color and spice various foods, soup in particular. It was used not only to color foods, but also as a dye to color hair and to make butter look more yellow. Believed to be first cultivated by St. Hildegard of Bingen, an herbalist and nun practicing herbalism in the 11th century in present day Germany, calendula is a mainstay in a variety of European historical herbal texts. A Niewe Herball, from 1578, by English botanist Henry Lyte states that calendula '… hath pleasant, bright and shining yellow flowers, the which do close at the setting down of the sun, and do spread and open again at the sun rising' referring to the flower's well known propensity to open in the day and close at night or on overcast days.

Nicholas Culpepper, a 17th century botanist, herbalist and astrologist, mentioned using calendula juice mixed with vinegar as a rinse for the skin and scalp and that a tea of the flowers comforts the heart. Astrologically associated with the sun and the fire element, calendula was believed to imbue magical powers of protection and clairvoyance, and even to assist in legal matters. Flowers strung above doorposts were said to keep evil out and to protect one while sleeping if put under the bed. It was said that picking the flowers under the noonday sun will strengthen and comfort the heart.

Calendula was used in ancient times in India as well, and according to Ayurvedic healing principles is energetically cooling and has a bitter and pungent taste. In Traditional Chinese Medicine (TCM) calendula (called jin zhan ju) is considered energetically neutral and drying and is used to support healthy skin. Traditionally, in North American indigenous cultures, it has been employed to combat the occasional upset stomach. Traditional use mirrors many of our contemporary applications of this plant.

Precautions
Persons with allergies to other members of the Asteraceae family (such as feverfew, chamomile, or Echinacea species) should exercise caution with calendula, as allergic cross-reactivity to Asteraceae plants is common. We recommend that you consult with a qualified healthcare practitioner before using herbal products, particularly if you are pregnant, nursing, or on any medications.