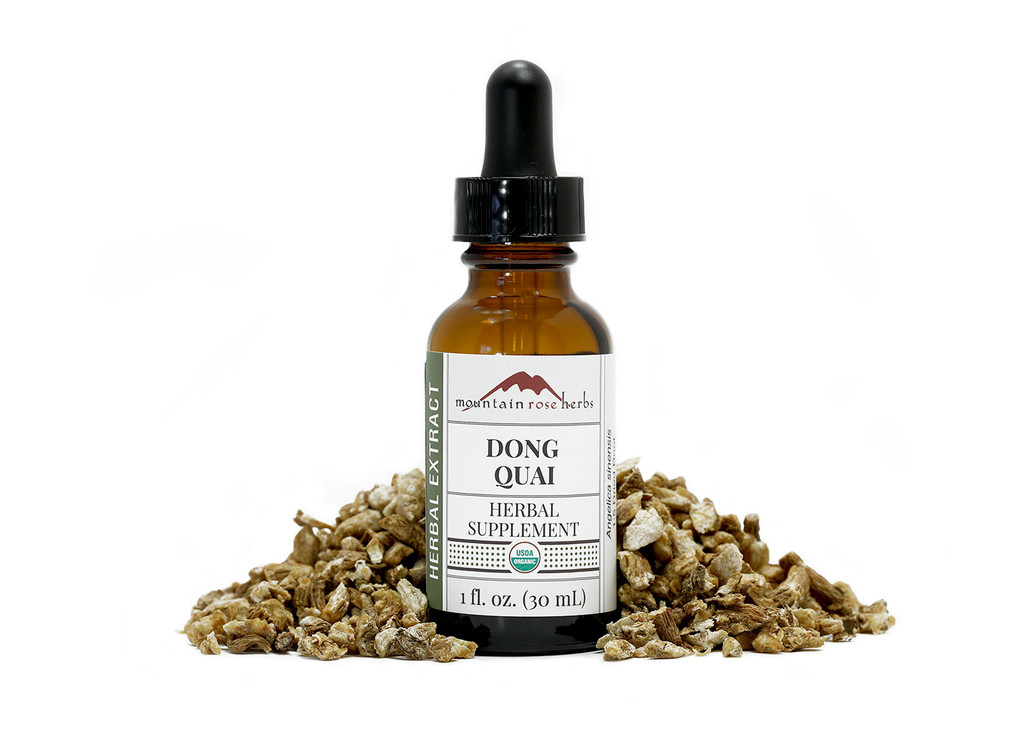 According to Chinese legend, an angel appeared to a monk in a dream and instructed him to use dong quai to cure the plague that was ravaging the country. Perhaps that is how dong quai received its name, roughly translating to “state of return” in the Chinese language. Despite the folklore revolving around this beloved botanical, it has a long history of use throughout Asia and is extensively cultivated for its healthful properties.

A member of the Apiaceae family, Angelica sinensis produces characteristic umbels of small, white flowers which bloom throughout the summer months. A small perennial growing up to three feet in height, dong quai likes to grow in in cool, damp climates. Although native to high altitude regions of China, it also occurs in Japan and Korea. Dong quai is a graceful plant that is harvested for its aromatic roots.

Dong quai has been used for its healthful properties, tonic actions, and as a spice throughout Asia for over two thousand years. It is an important herb in Traditional Chinese Medicine (TCM) where it is referred to as “female ginseng” and the “empress of herbs”. Dong Quai has historically been used in TCM to support women's health and to support the healthy functioning of the digestion system. It is generally considered a nourishing herb that is energetically sweet and warming. Typical preparations of the root include infusion as tea or maceration as a tincture. Dong quai is generally combined with other botanicals in herbal formulations.

Our dong quai extract is made in small batches at our extract facility in Eugene, Oregon and is herbaceous and aromatic. Dong quai is often combined with other “women’s herbs” such as vitex berry extract, motherwort extract, and red raspberry extract. Dong quai tincture can be taken directly on the tongue, in water or juice, or try adding it to an herbal tea such as moon ease tea.