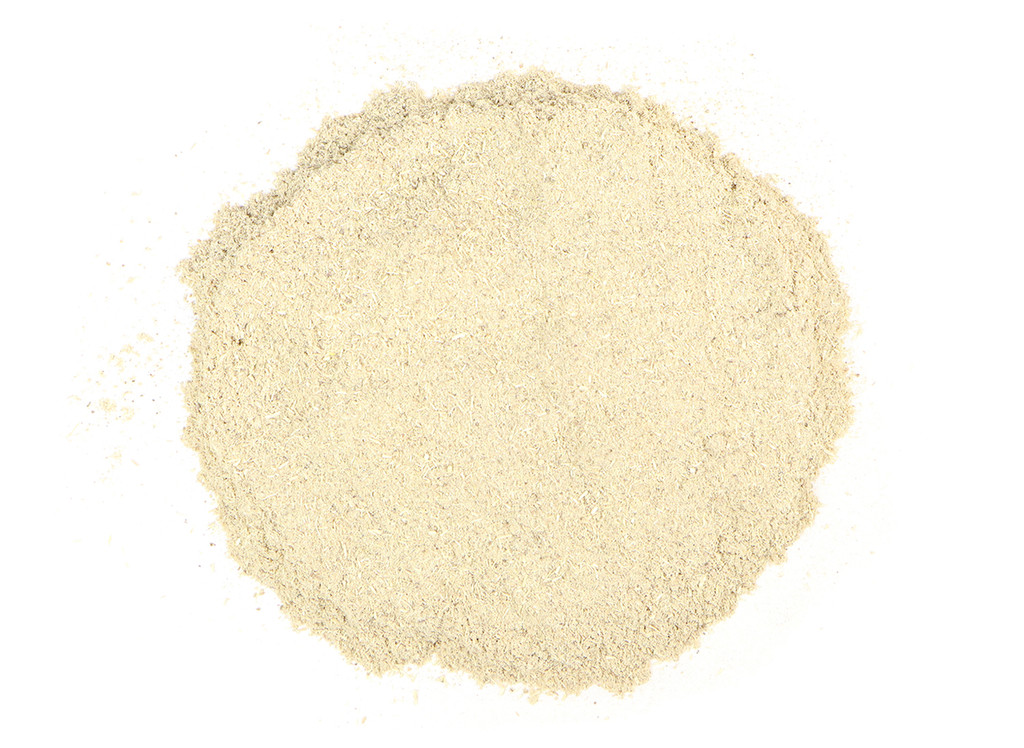 Siberian ginseng is a globally recognized plant that grows in mountain thickets throughout Japan, China, Korea, and Russia. More commonly referred to as eleuthero, the root has been utilized in Traditional Chinese Medicine as well as Korean and Russian folk herbalism for centuries. Eleuthero root is considered energetically warming and is famous as an adaptogen. Our eleuthero powder is ground from organic Eleutherococcus senticosus roots. Eleuthero root powder can be extracted or encapsulated.

Eleuthero is best known as being an adaptogen and has been part of the herbal repertoire in Chinese medicine for thousands of years. It was also used in Korean and Russian folk medicine, not only for increasing stamina but for promoting overall health. Russian researchers brought attention to this impressive root in the 1960's at which point its fame spread to the West. It can now be found lining the shelves in most health food stores in North America.

The Eleutherococcus genus contains over 30 species, some of which are grown ornamentally in the West. E. senticosus is a shrub growing from three to fifteen feet in height, with palmate leaves, and stems that are covered with bristles. It is an understory shrub occurring in mountain thickets and sparse forests up to around 2,500 feet in elevation, and is native to Japan, China, Korea, and the Far East of Russia. Eleuthero is a member of the ginseng or Araliaceae family alongside the famous American ginseng (Panax quinquefolius) and other relatives such as (Aralia spinosa) or Devil's walkingstick. The Chinese refer to eleuthero by its older name, Acanthopanax senticosus, which is how it is listed in many Chinese herbal formulas.

The root is best harvested when the plant is dormant. Lateral rootlets should be cut off and the root thoroughly cleaned. Further, in China, the best part of the plant is considered to be the root cortex, thus the root bark can be discarded, if one wants to make a more potent preparation.

The eleuthero available commercially is mostly harvested from its natural habitats in northeast China and Russia. Experimental cultivation has started in Japan and Canada in the recent decades where it is grown in semiarid conditions resembling its natural habitat.

Listed in the Chinese Shen Nong Ben Cao Jing (The Divine Husbandman’s Classic of the Materia Medica) over 2000 years ago, eleuthero has been used extensively in traditional Chinese medicine for millennia, yet was barely noticed by the rest of the world until Russian researchers began studying it in the 1960's. In fact, the term 'adaptogen' came from Soviet scientist, N.V. Lazarev, who, in 1947 coined this term when describing eleuthero's actions. He stated that an adaptogen increased "non-specific resistance of an organism to adverse influence." It is also referred to as 'Siberian ginseng' and is often compared with the more familiar Panax ginseng or 'true ginseng' yet they differ substantially and therefore can't be considered interchangeable.

In Chinese medicine (TCM) eleuthero root is used to invigorate qi (chi or energy), strengthen and nourish the spleen and kidney and to balance vital energy. Eleuthero has been used in China to support general health. Additionally, it has been employed when there is sleeplessness with too many dreams. It is considered pungent and slightly bitter in taste and is often prepared as a preparation in sweet rice wine. It is considered energetically warming, and relates to the spleen, kidney and heart meridians. Generally, it is just the root that is used; however some leaves of various eleuthero species have been used in herbal teas as well.

In the traditional medicine of northeastern Asia and far eastern Russia, eleuthero is called 'shigoka' and used as a tonic. It has also been used in traditional Korean medicine for its qi strengthening qualities.

Eleuthero is now widely utilized in the western herbalism to support general health and to improve endurance and stamina. It is prescribed for use in France, Germany, and Russia as well.

The taste is pungent and slightly bitter. Eleuthero is considered to be energetically warm.