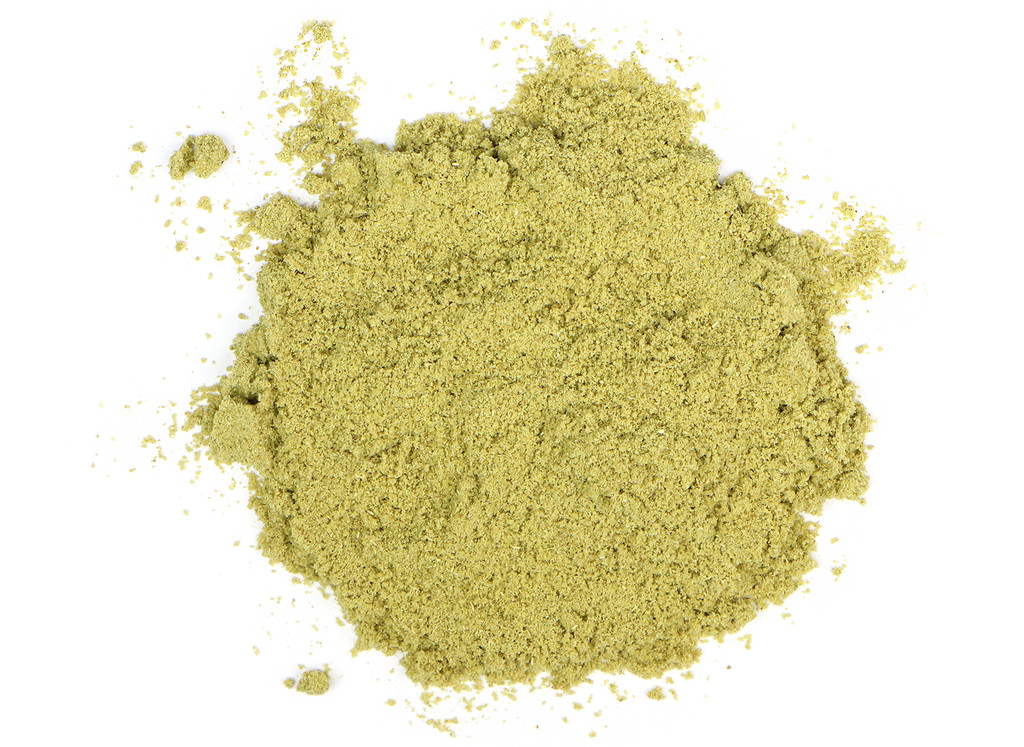 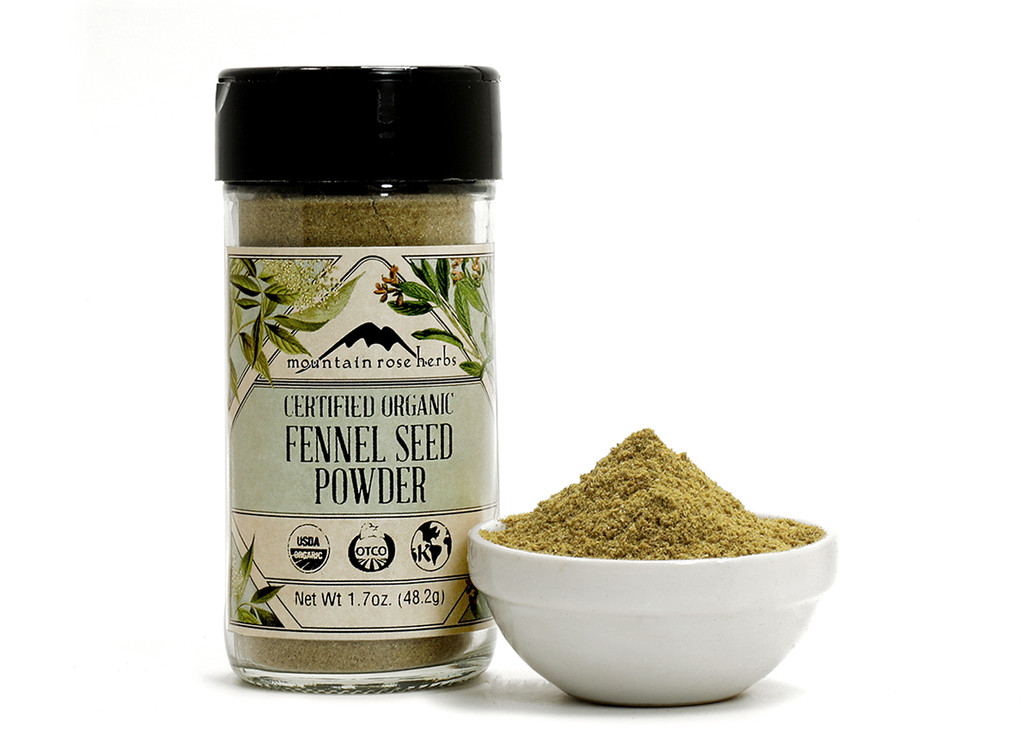 Fennel is a fragrant member of the Apiaceae family with golden umbels and dissected, feathery leaves. A commonly cultivated plant, it is also largely found in the wild around the Mediterranean. The fruit, referred to as fennel seed, is a well-known aromatic and is generally employed as an ally in supporting digestion. Our fennel powder is ground from organically cultivated Foeniculum vulgare seeds. Fennel seed powder can be incorporated into herbal syrups, added to culinary dishes and baked goods, and used in tincturing.

Fennel was highly valued in the ancient world by Romans, Greeks, Egyptians, Chinese, and Indians for its value as a carminative, expectorant, and as a talisman used in various rituals. Fennel is a food plant that can be eaten as a vegetable, is prized as a tasty aromatic spice for a variety of Ayurvedic and Mediterranean dishes and is used as a flavoring in various liqueurs such as gin and absinthe. Due to fennel's gentle nature, it is used to support digestion in infants and children and can be given to nursing mothers.

Fennel can be an annual, biennial, or perennial plant that can grow up to 6 feet tall, has bright yellow umbrella shaped flowers typical of those in the Apiaceae (Umbelliferae) family, and green feathery leaves that are similar to those of its cousin dill (Anetheum graveolens).

Continually utilized since the time of Hippocrates and later cultivated by the Romans, fennel has a rich history based on its properties as a food and spice, digestive stimulant, and a sacred ritual object. The original Greek name for fennel was 'marathon' or marathos which meant 'to grow thin' due to the use of the fennel seed by athletes to control their weight. The place of the famous "Battle of Marathon" was a plain in East Attica where fennel grew abundantly. Fennel was sprouted as part of a ritual honoring Adonis, the lover of the Greek goddess Aphrodite. In ceremonies honoring Dionysus (Bacchus), a thyrsus (a wand or staff of giant fennel with ivy vines and leaves, wound with ribbons and topped with a pine cone) was tossed around while dancing as a symbol of prosperity, fertility, and pleasure in general.

Pliny the Elder, an ancient Roman historian believed fennel supported the ability to see clearly; this belief is also mentioned in a variety of Ayurvedic texts (system of Indian traditional healing). Further, in medieval times, it was believed that if grown around the home, or hung above windows and doorways on Midsummer's Eve, fennel would protect the inhabitants and ward off evil.

Various preparations and uses of fennel were recorded in Spain as far back as 961 B.C.E, and there are many references to this herb in historical poetry such as in Milton's Paradise Lost where he refers to the "smell of sweetest fennel." In Traditional Chinese Medicine (TCM), fennel (or xiao hui xiang) was powdered and made into a poultice for snakebites. In TCM, fennel demonstrates aromatic and warming properties and effects the liver, kidney, spleen, and stomach meridians (energetic pathways) and is therefore administered to increase appetite, quell nausea, and to allay occasional bloating.

In Ayurveda, fennel is called 'samf' or 'saunf', 'madhurika', or ‘shatapushpa’ (amongst other names) and believed to taste bitter, pungent, and sweet. It is considered neutral to slightly warming energetically and balancing to all three of the constitutional body types (vata, pitta, and kapha). It is considered to be one of the best carminatives and has been utilized to relieve gas and enhance digestion. Fennel is considered nourishing to the brain and eyes and calming to the spirit.

In various countries in the Mediterranean, particularly Italy and France, the leaves are put into salads, sauces, and puddings. Roman bakers put fennel under their loaves while baking in order to make the bread taste better, and perhaps to make it more digestable. Nicholas Culpepper (a 17th century botanist, avid astrologer, physician, and herbalist) wrote in his Complete Herbal that fennel should be boiled alongside fish in order to make it easier to digest.

In North America, fennel was used by the Cherokee as a carminative and thus administered to soothe digestion in infants and was also given to women during childbirth. The Pomo Indians used fennel as an eyewash and a digestive aid and the Hopi used fennel as a tobacco substitute for smoking.

In recent times, fennel is utilized mostly in the same way that it has been for thousands of years. It is an incredibly helpful digestive aid, an effective expectorant, a delicious food and spice, and may stimulate normal milk production in nursing mothers.