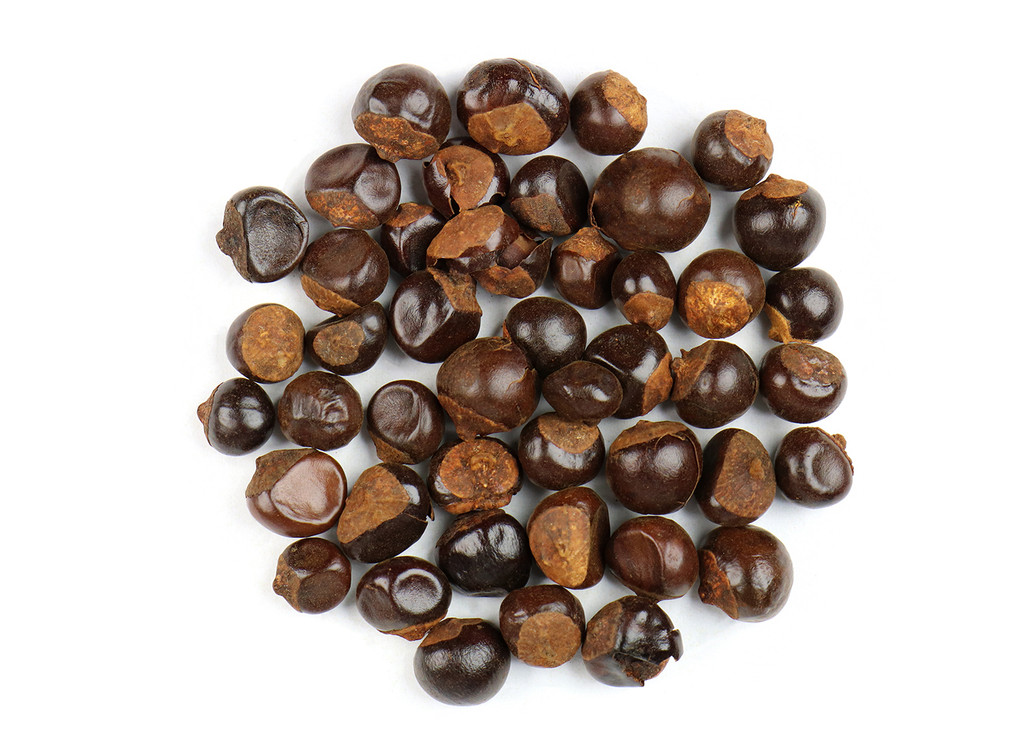 Paullinia cupana, which is native to the Amazon basin, is a climbing plant with large leaves and clusters of white flowers. Guarana is best known for its fruit’s seeds, which contain caffeine, and have become a popular ingredient in energy drinks. The plant has a long history of use by the Satere-Mawe tribe who were the first to cultivate the plant. Guarana seed is typically brewed into an uplifting tea, extracted, or used in culinary applications.

Now certified organic! A native evergreen, guarana is a sprawling, shrub like vine native to the Amazon region. The guarana tree produces red berries that have been used like coffee in its native Brazil for centuries. When ripe, the berries split open at the end and look similar to a human eyeball. A legend of the Satare-Maure Indians of Brazil tells that a beautiful woman named Onhiamuacabe gave birth to a child whose father was said to be a "mysterious being." The child was eventually put to death for eating some type of forbidden nuts. At his burial site a guarana bush began to grow from his eye. Native Indians still consider the effects of guarana to be supernatural in nature.

Our guarana seeds are dried and roasted. They are brewed to make a drink that is at first bitter and slightly astringent, later becoming sweet. Older texts contain reference to a substance called guaranine, said to be chemically identical to caffeine. More recently, many chemists argue that the substance IS caffeine, making guarana the highest source of caffeine available in nature. Guarana seeds contain 2.5 times the amount of caffeine that coffee does.

Guarana was cultivated by the indigenous peoples as far back as Pre-Columbian times, and was first commercialized for use in 1958. Guarana shows many promising health benefits, though research is ongoing. The plant belongs to the Sapindaceae plant family.

Precautions
Guarana seed contains caffeine and may cause nervousness, irritability, sleeplessness, and, occasionally, rapid heartbeat. Not recommended for use by children under 18 years of age. We recommend that you consult with a qualified healthcare practitioner before using herbal products, particularly if you are pregnant, nursing, or on any medications.