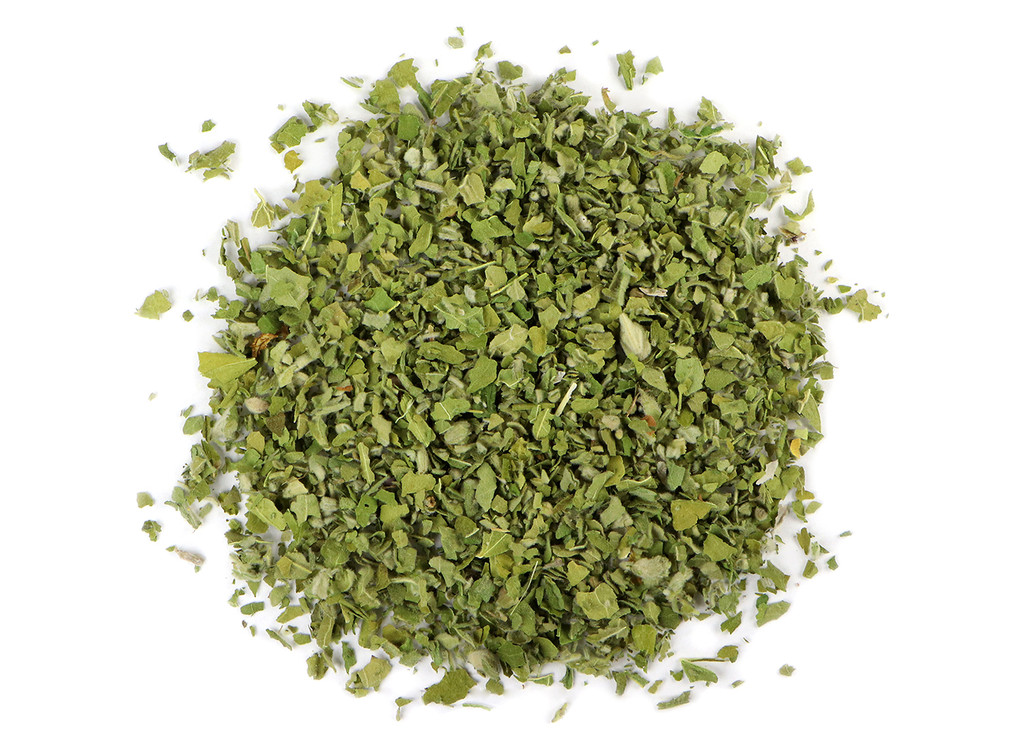 Marshmallow can be found growing in damp environments such as riverbanks, seascapes, and marshes. A member of the mucilage containing Malvaceae family, Althaea officinalis has been consumed for millennia as an edible food and used for its gentle, soothing properties. Our marshmallow leaf is organically cultivated in the United States. Marshmallow leaves can be used topically in skin care recipes, blended into herbal syrups, or infused as marshmallow tea.

Known throughout the ancient Egyptian, Arab, Greek, and Roman cultures, this herb has been used continually for at least 2000 years. In traditional folk practices it was given to soothe and moisten mucous membranes of the respiratory, digestive, and urinary tracts, and also as an external poultice. This plant has been used in beverages, desserts, candies, cosmetic creams, and was the "root" of the original marshmallow confectionery.