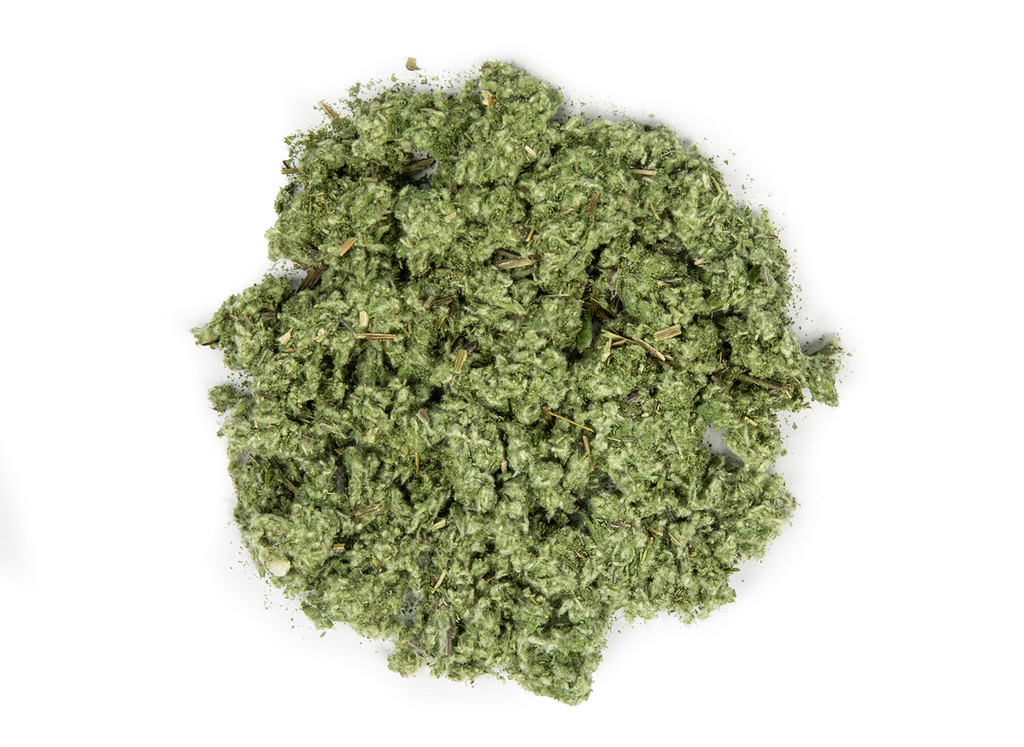 For millennia, mugwort has been a source for flavoring beverages and food and has also been used for its beneficial properties. There is much traditional folklore surrounding the plant and it has been reported to encourage dreaming. Artemisia vulgaris is an aromatic plant that grows along creek banks and waysides. This member of the Asteraceae family is known for the silvery shine underneath its leaves. Mugwort herb is commonly brewed into mugwort tea and can also be used as incense, incorporated into dream pillows, and infused into botanical vinegars.

Mugwort is a common plant in the British Isles; its angular, purple stalks growing more than three feet in height. It bears dark green leaves with cottony down undersides. Mugwort is said to have derived its name from having been used to flavor beer before the wide use of hops. The botanical name is derived from Artemis, the Greek goddess of the hunt, fertility, and the forests and hills. Roman soldiers were known to put mugwort in their sandals to keep their feet from getting tired. Native Americans equate mugwort with witchcraft. They believed that the rubbing of the leaves on the body are said to keep ghosts away, and a necklace of mugwort leaves is said to help protect against dreaming about the dead. It has been believed that John the Baptist wore a girdle of mugwort in the wilderness for protection. Other magical attributes include protection for road weary travelers, and general protection against the evils of the spirit realms.

Many have reported that if mugwort is used as a tea before bed, or even just sprinkled around your pillow, a person may have lucid dreams that night.