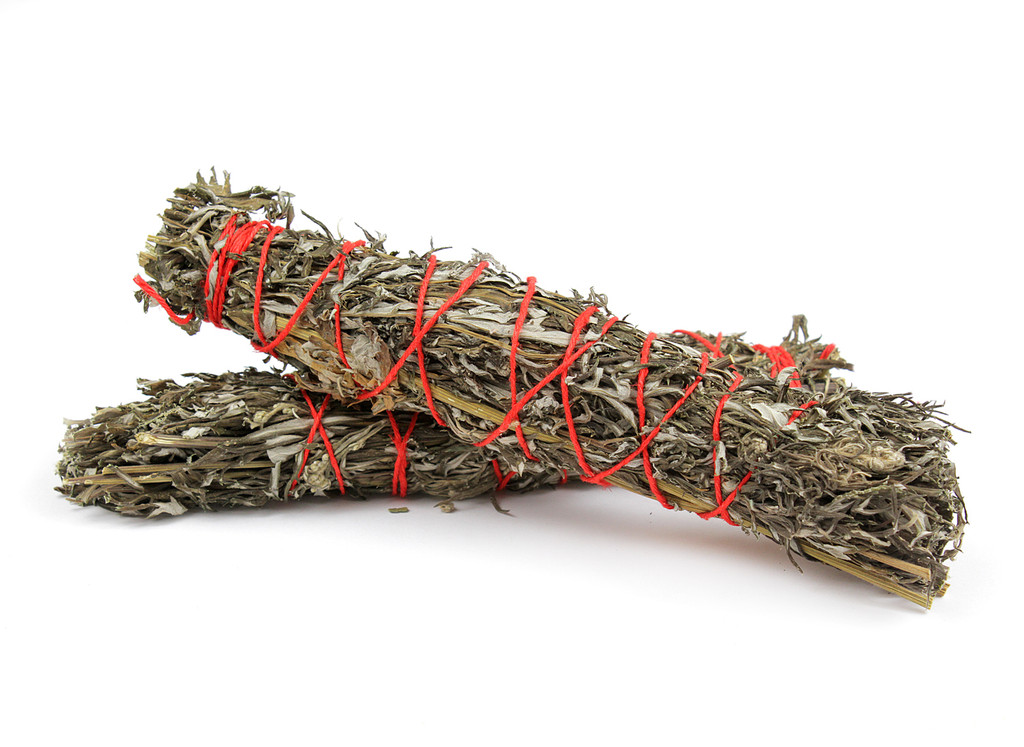 Mugwort is a common name for several species of aromatic plants in the genus Artemisia. In Europe, mugwort most often refers to the species Artemisia vulgaris, or common mugwort. Mugwort is also known as “dream weed” for its unique ability to stimulate dreams. It is renowned as a smudging herb for its subtle, sweet scent and dream-inducing qualities. It has a long history of use in the Pagan tradition and is still used in modern-day Pagan magical practices as incense.

Mugwort is in the Asteraceae plant family. It is a tall herbaceous perennial plant growing 3-4 ft tall, with a woody root. A number of species of Lepidoptera (butterflies and moths) feed on the leaves and flowers. Mugwort is native to temperate Europe, Asia, northern Africa and Alaska and is naturalized in North America, where some consider it an invasive weed. It is a very common plant growing on nitrogenous soils, like weedy and uncultivated areas, such as waste places and roadsides.

In some magical traditions, mugwort is associated with divination and dreaming. To bring about prophecy and divinatory success, make an incense of mugwort to burn at your workspace or around the area in which you are performing divination rituals. Mugwort was also used in Anglo-Saxon Britain to cure people who had fallen victim to “elf-shot,” which appears to be a catch-all term used to apply to people who had become sick at the hands of evil spiritual entities.

Each mugwort bundle is unique and varies in size and shape.

Note: We are unable to ship this product to Louisiana.