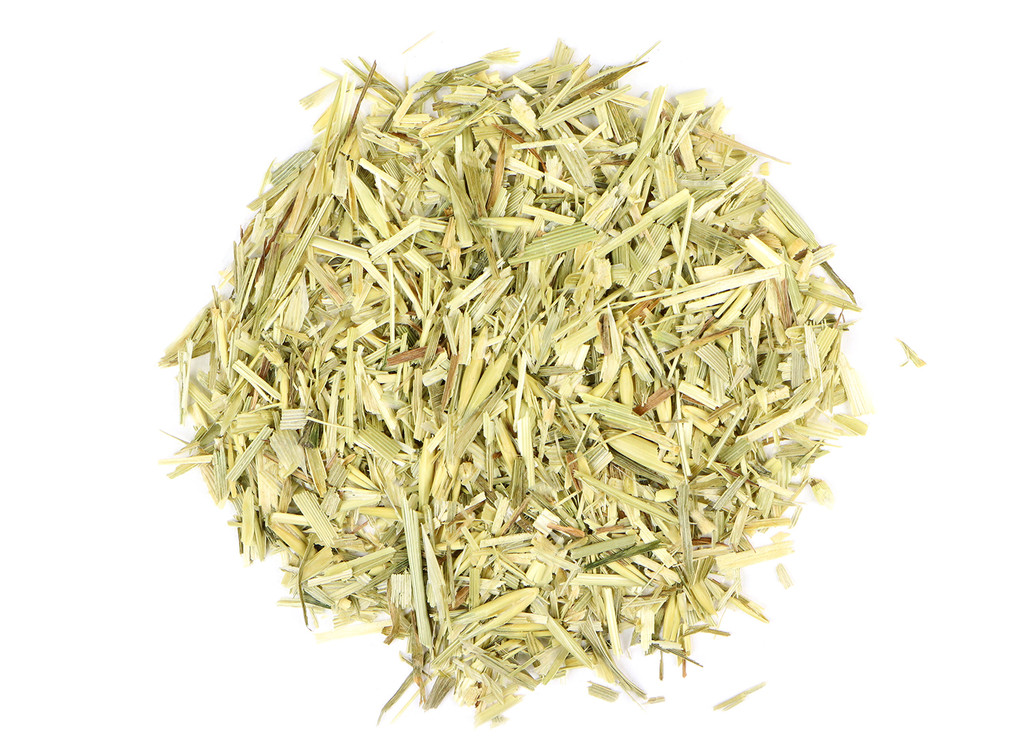 Avena sativa, or the common oat, is a popular cereal grain that has been consumed for thousands of years. Not only a formidable food, it is also sought after for its nutritive and gentle calming qualities. An infusion of oatstraw tea is a favorite among herbalists. Oatstraw can also be incorporated into nourishing herbal tea blends as well as bath and body formulations.

Oats have been cultivated since ancient Roman times as feed for horses. The British emigrants introduced oats to North America in the 17th century and they have been cultivated here ever since. Today, most cultivated oats are primarily bailed and sold as feed, however much is grown for food as well and will continue to be cultivated in larger and larger quantities as its health benefits become more widely known. The biggest oat-producing countries are Russia, Canada, United States, Australia, around the Baltic Sea, Sweden, Finland, Poland, and Germany. The best time to harvest the seed is when it is immature, or in its milky phase, and then to tincture it the same day. The oatstraw is best harvested when the seed is mature, it should then be dried but still retain green in the stems.

The popular oat has been a healthy addition to the diet of many Europeans for generations. Scotland is thought to be where the trend of eating oat porridge for breakfast began. There are many nutritional and health benefits found in the oat grain itself and it is often attributed to having the same soothing and nourishing effects as the oatstraw tea and the milky oats tincture. Green oat herb or oatstraw preparations have been used traditionally in Europe since the Middle Ages to boost mental capacity and as a restorative. Hildegard of Bingen, a nun and herbalist born in 1098 C.E. in present-day Germany, considered oats to be one of a few of her favorite 'happiness' herbs alongside fennel, summer savory, licorice, and hyssop.

Oatstraw is a highly beneficial nervine and nutritive. It is prized amongst herbalists for its gentle and supportive nature. The milky oats are generally believed to work more quickly in an acute situation whereas the oatstraw offers support over time. Hence the tea of the oatstraw is a better building tonic than the tincture. Either of these preparations are good for the type of person that has, according to the herbalist and teacher 7Song, " pushed and pushed and now feels tired, out-of-sorts, or just plain disconnected much of the time no matter how much they rest or sleep." Oatstraw is highly nutritive, containing minerals such as iron, calcium, magnesium, vitamins, and a variety of other constituents which deeply nourish the entire body. This gentle restorative herb is for those that are cold, depleted, or tired, or for the type of person who drinks too much coffee and is chronically burnt out. Oat grain is a very popular in commercial cosmetic preparations such as exfoliating body washes or soothing bath gels. According to naturopath John Lust (the nephew of naturopathic pioneer Benedict Lust), various types of baths of the oatstraw herb could be used to address specific issues. Additionally, he suggests a foot bath in oatstraw for tired feet.

Dried oatstraw can be used in a variety of ways including in bath and body care recipes, steeped as tea, or made into a liquid extract.