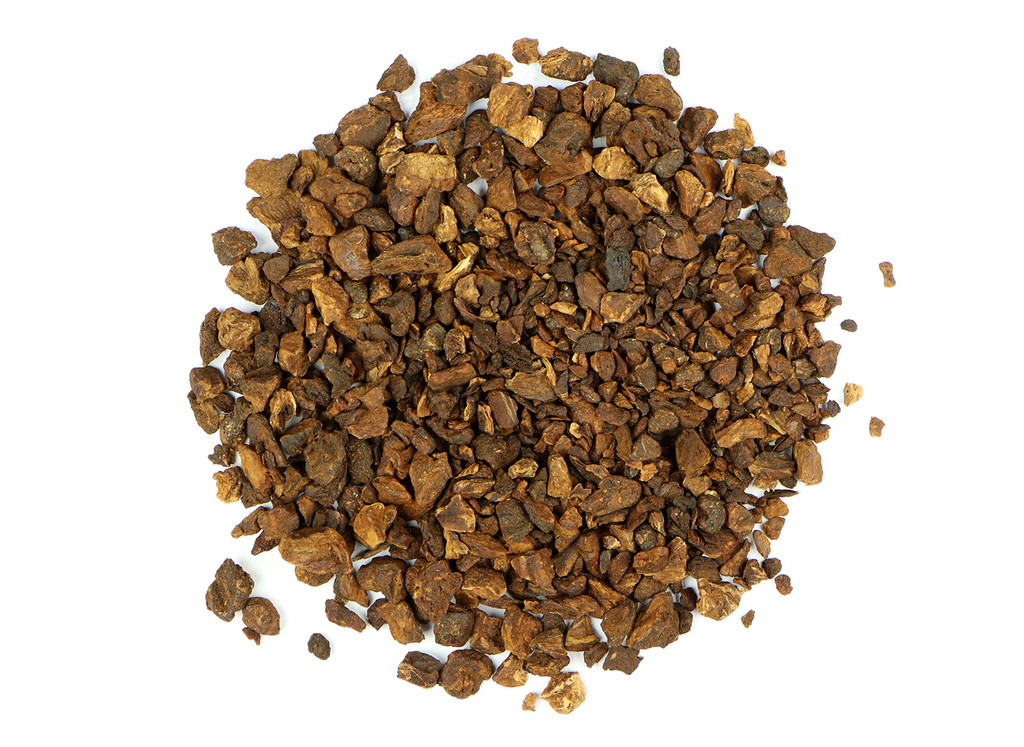 Chicory has bright blue flowers, toothed leaves, and like its cousin the dandelion, it is often thought of as a weed. This member of the Asteraceae family is native to Europe but has naturalized in North America, China, and Australia. Cichorium intybus has a long history of use in traditional herbal practices and has become popular today as a coffee substitute for its deep, robust flavor. Typical preparations of roasted chicory root include decoctions, extractions, and infusions.

Belonging to the Asteraceae family, chicory is a larger relative of the dandelion. Its large taproot has been used as a coffee substitute for generations, especially when coffee was unavailable. Chicory's leaves are used in salads and spring tonics in the same way as dandelion greens. It has been cultivated along the Nile in Egypt for thousands of years. Charlemagne listed it as one of the herbs he required be grown in his garden. It was brought to North America from Europe in the 18th century and is now established quite well here. Chicory can also be eaten as a food and consumes as a beverage making it the number one coffee substitute.

Chicory contains a special class of carbohydrates known as fructans; a group containing inulin (not to be confused with insulin) and oligofructoses. Chicory is also called kasni.