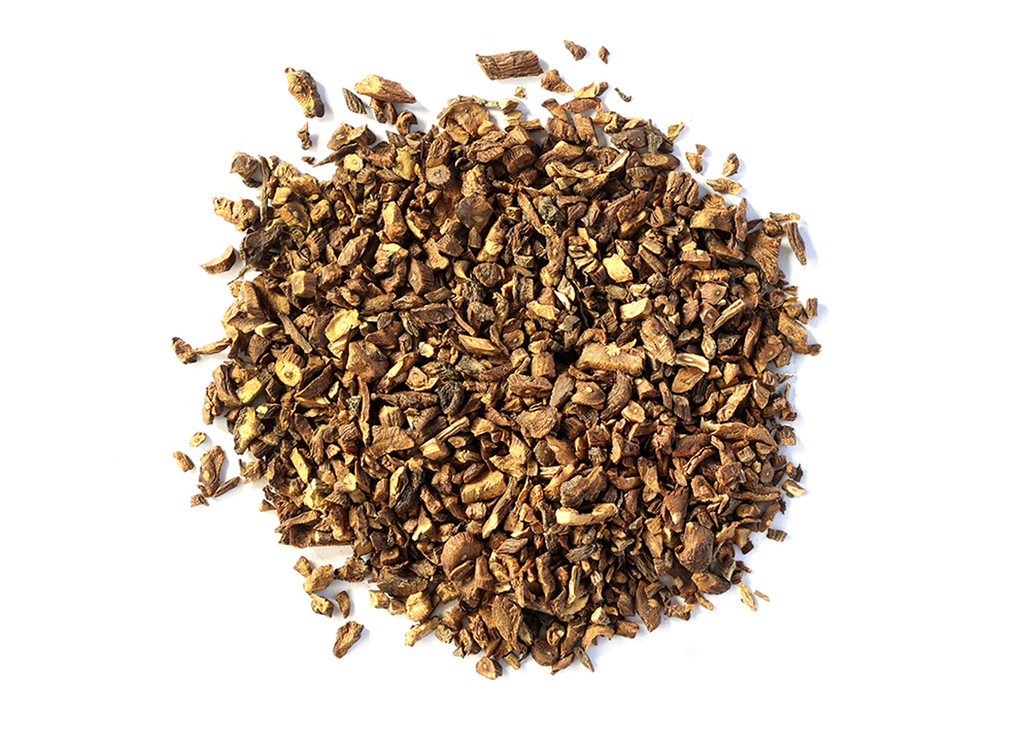 Dandelion is an herbaceous perennial with a sunny flower head, deeply cut leaves that form a basal rosette, and thick taproot. The abundant plant has traditionally been foraged as an edible food and used as a tonic for its beneficial properties. Our organically cultivated Taraxacum officinale root is carefully dried and roasted to perfection. Roasted dandelion root has an earthy flavor that is delicious as an ingredient in herbal coffee blends or decocted as dandelion tea.