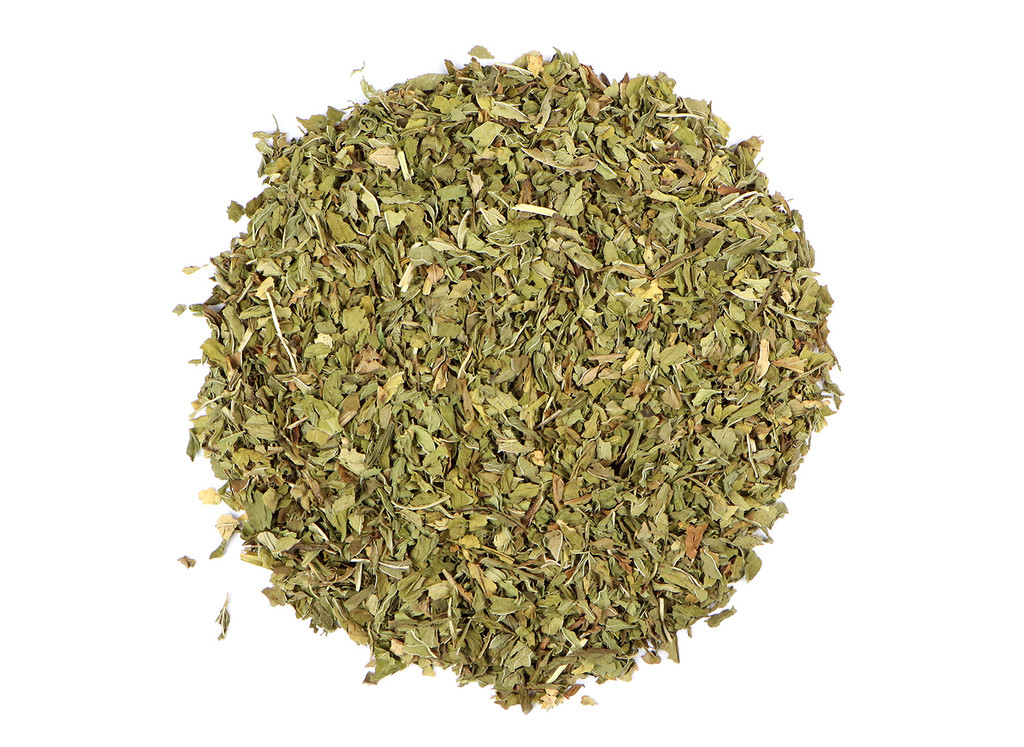 Spearmint is a hardy perennial mint with bright green serrated leaves. Mentha x spicata was originally native to the Mediterranean but is now common worldwide. This mint is most commonly infused as spearmint tea and makes for an uplifting addition to herbal infusion blends. Spearmint leaf is also used as a flavoring agent in culinary creations.

Spearmint has served as an important medicinal herb for millennia. The Bible records that the ancient Pharisees paid tithes to their Temple in anise, cumin and spearmint. The sixteenth century English herbalist Gerard quotes the Roman historian Pliny, "The smell of Mint does stir up the minde and the taste to a greedy desire of meate." Beginning in about the fourteenth century, spearmint was used for whitening teeth, and its distilled oil is still used to flavor toothpaste and chewing gum, although it is not as commonly used as peppermint.