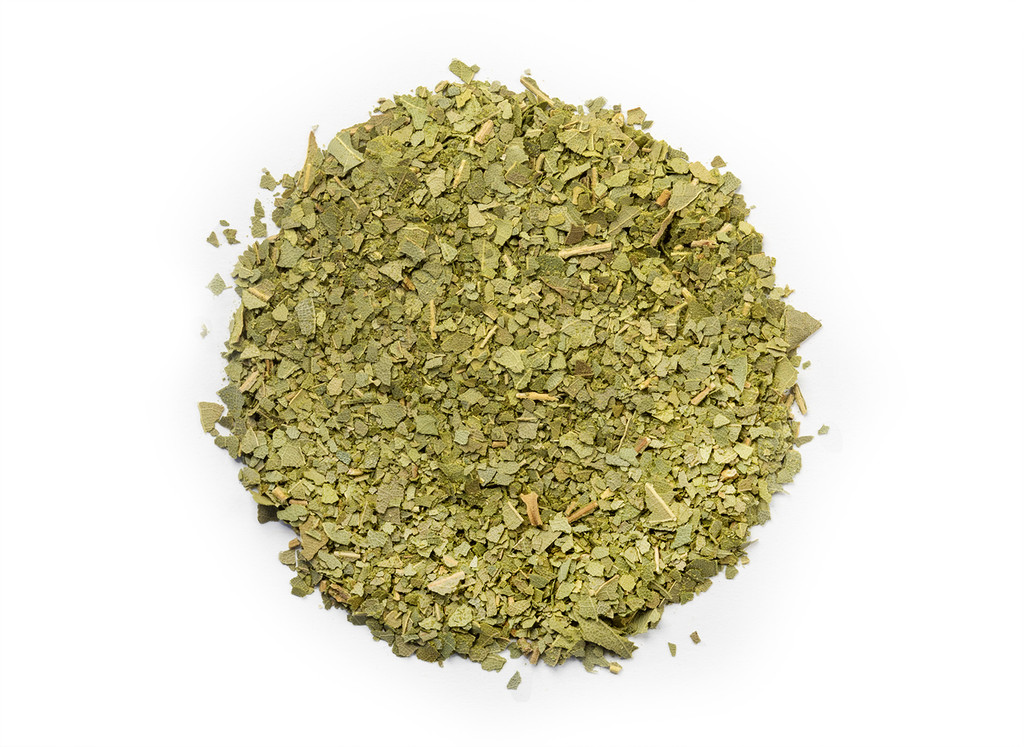 The bay tree produces broad, smooth leaves commonly referred to as a bay leaf. Bay leaves were used as an aromatic ingredient in cooking and have a long history of use for their healthful properties. When cut and sifted, bay leaf adds strong savory and herbal notes to soups, stews, and sauces. It pairs nicely with other savory Mediterranean spices like rosemary, parsley, and thyme.

Laurus nobilis is an aromatic evergreen shrub native to the Mediterranean. Although slow growing, the bay tree can reach up to 50 feet in height. Bay leaves are a vibrant green with glabrous, smooth leaves. The leaves average two to five inches long and one to two inches wide. The dioecious tree’s pale, yellow flowers ripen into a shiny, black drupe.  A member of the Lauraceae family, the bay tree is also called bay laurel or sweet bay.

Aromatic and astringent in nature, bay leaf was employed in traditional European herbalism for its healthful properties for centuries. Slightly bitter in taste, the leaf has a history of use in infusions as well as in culinary recipes. The bay leaf is an essential component of bouquet garni and adds a flavorful wellness boost to soups and stocks. The leaves were traditionally utilized in topical applications as well. The essential oil of bay laurel is often used in aromatherapy.

The bay tree is steeped in centuries of folklore. Ancient mythology recounts that Apollo pursued the uninterested nymph, Daphne. Apollo stalked Daphne until the gods granted her protection by turning her into a bay tree. In the Greek language, the herb is still called "dafni." Romans considered the bay tree the best protection from thunderstorms. Superstition held that when bay trees died, disaster followed. The term baccalaureate means laurel berry and refers to the ancient practice of honoring scholars and poets with garlands from the bay laurel tree. Ever since humans have been using bay leaves, they have been associated with good luck, and warding off evil.

Dried bay leaves can be added to cooking or consumed as a tea. Bay leaf comes together with parsley and thyme resulting in the subtle yet flavorful blend. It enhances the taste of any stew, soup, or sauce it is introduced into and is an important ingredient in many French, Moroccan and Turkish dishes. It can also be added to pickling blends. Crushed bay leaves can even be used in external preparations.