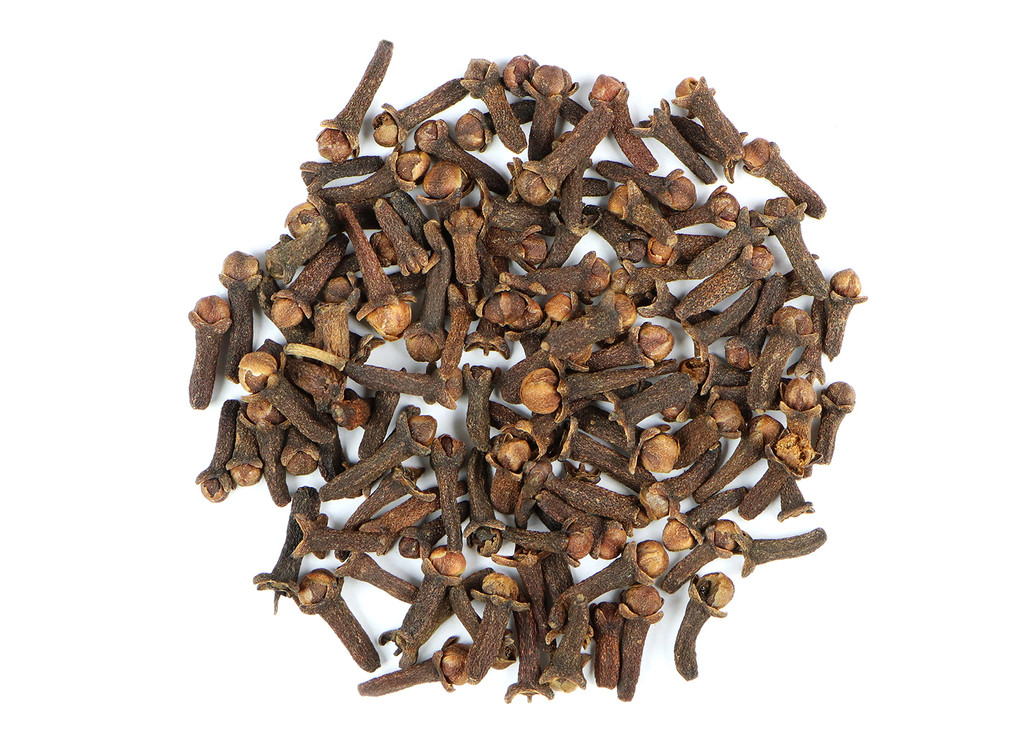 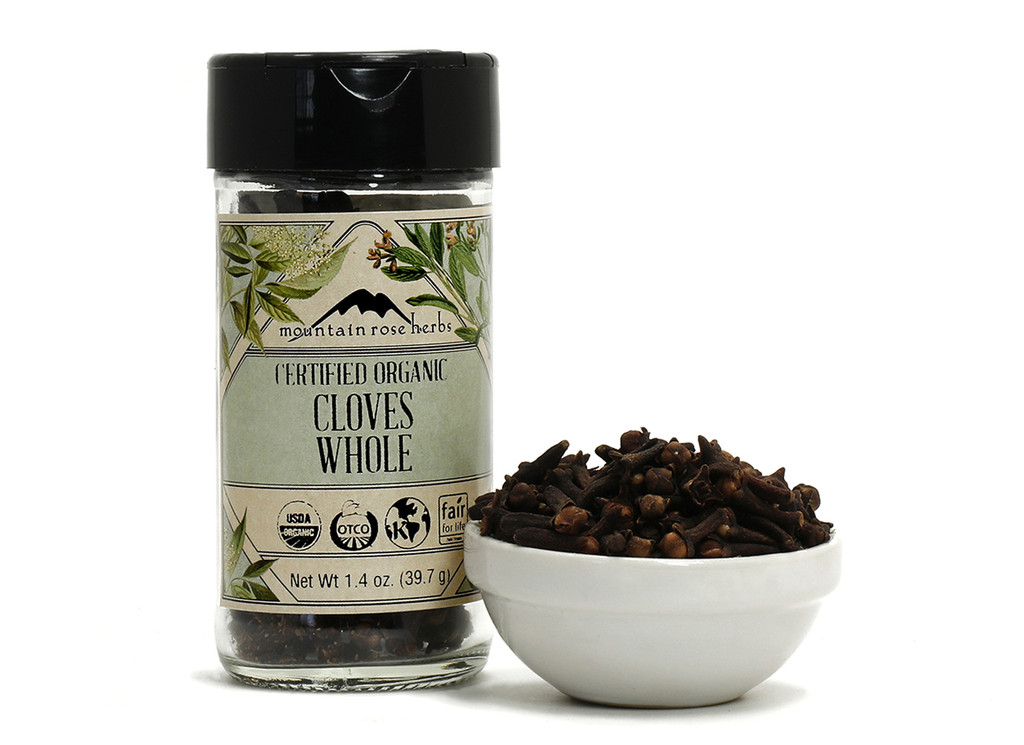 Native to the Moluccas in Indonesia, Syzygium aromaticum is a highly aromatic tree that produces fragrant flower buds known as cloves. Cloves are widely cultivated throughout parts of Asia, Africa, and South America, and have been an integral herb in the spice trade for thousands of years. Clove remains a popular ingredient in baking, mulled wine, chai tea, and herbal formulations. Stimulating and aromatic, whole cloves are used in savory dishes in Middle Eastern, north African, Chinese, and Indian cuisines.

An extensively utilized culinary spice since ancient times, clove rivals other well-known spices such as cinnamon, ginger, and nutmeg for popularity. Clove is used in liqueurs and mulled wine, perfumes and even love potions. More recently, clove oil has been employed for its beneficial properties in dentistry.

Cloves are highly aromatic, pungent, and energetically heating. Dried flower buds powdered as a culinary spice or as part of a tea blend.