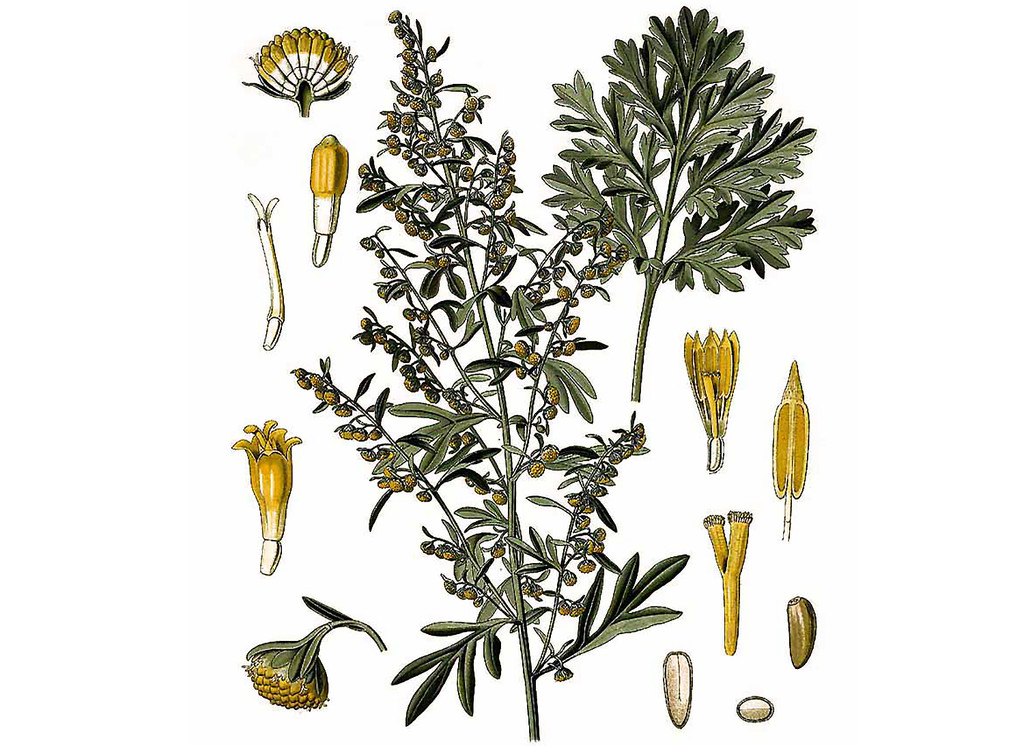 Wormwood thrives in poor, well-draining soil that holds medium moisture and in direct sunlight. Artemisia absinthium is a woody perennial that adds interesting texture and color contrast in a garden. It is commonly grown for its highly aromatic, silvery grey leaves that provide ornamental use in flower-filled gardens. An incredibly bitter herb, it also has been used in the production of liqueurs, teas, and tinctures.

Artemisia absinthium, a member of the Asteraceae family, can grow up to three feet tall and produces tiny, yellow-grey, mostly inconspicuous flowers that bloom from August to September. The leaves, stems, and flowering portions are collected and used for creating tinctures and teas.

Wormwood seeds can be started directly outside in the fall or in the spring by scattering over prepared soil. Consistently water where seeds have been planted, and they should germinate within two to four weeks (this will happen after winter stratification if it is planted in the fall). If the plants were started indoors over the winter, then you should wait until the young seedlings reach a height of at least 20 inches and a set of true leaves appear before transplanting outside. Plants will not be ready for harvest until they have reached at least two years in maturity.

Note: We are unable to ship this product to North Dakota.