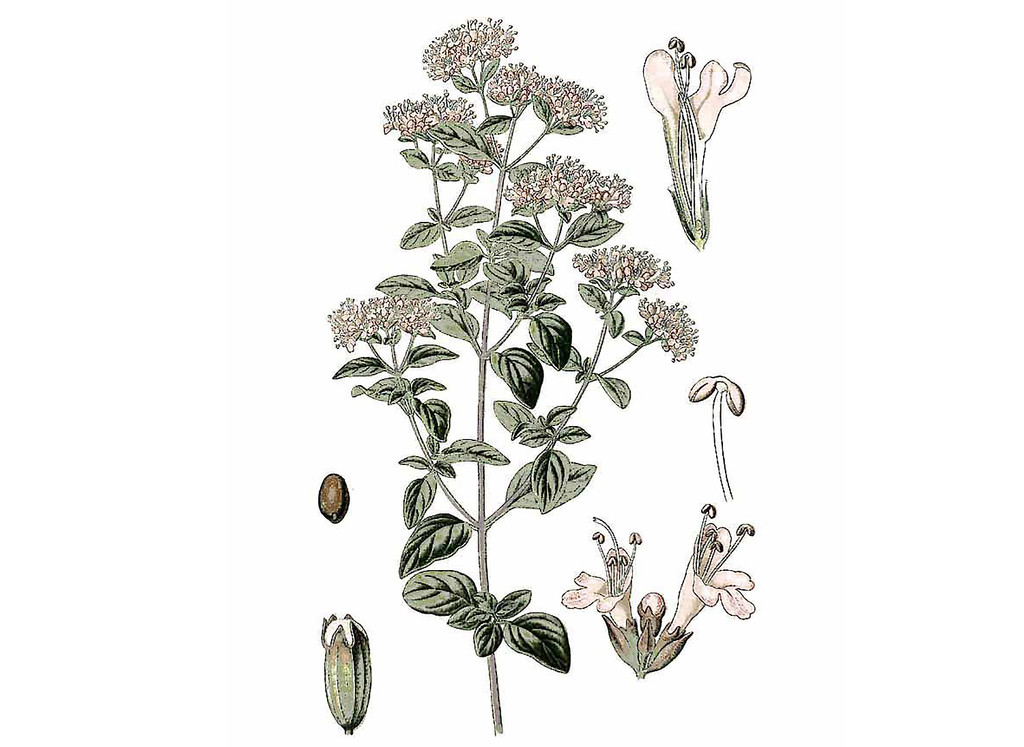 Zaatar or Syrian oregano, is a tender perennial that is winter hardy for growing zones nine and ten. It can be grown in other zones as an annual herb. Origanum syriacum is a desert dwelling herb that thrives in sandy and loamy, well-drained soil with full sun exposure. As a part of the Lamiaceae family, zaatar looks like standard oregano in appearance but is a much larger variety. It has a pungent aroma that can be described as somewhere between mint and oregano, and it tastes like a combination of Greek oregano, marjoram, and thyme, making it a great herb for cooking a variety of dishes.

Origanum syriacum is a bushy herb that can grow up to three feet tall and can spread outwards of up to three feet in diameter. It produces aromatic, grey-green leaves that are ovate and hairy. Zaatar also produces aromatic, showy white flowers that bloom through the summer. The leaves, and at times the flowering stems, are collected once the plant has fully matured. They are then used fresh or dried for a variety of culinary purposes.

Once the danger of frost has passed, zaatar can be grown successfully from seed by direct sowing to the garden outside. When outside temperatures have reached at least 65 degrees, scatter seeds over prepared soil in a sunny location and tamp lightly into soil. Seedlings will emerge within a couple of weeks. These plants thrive in desert environments, so it is very important not to over water or waterlog young plants.