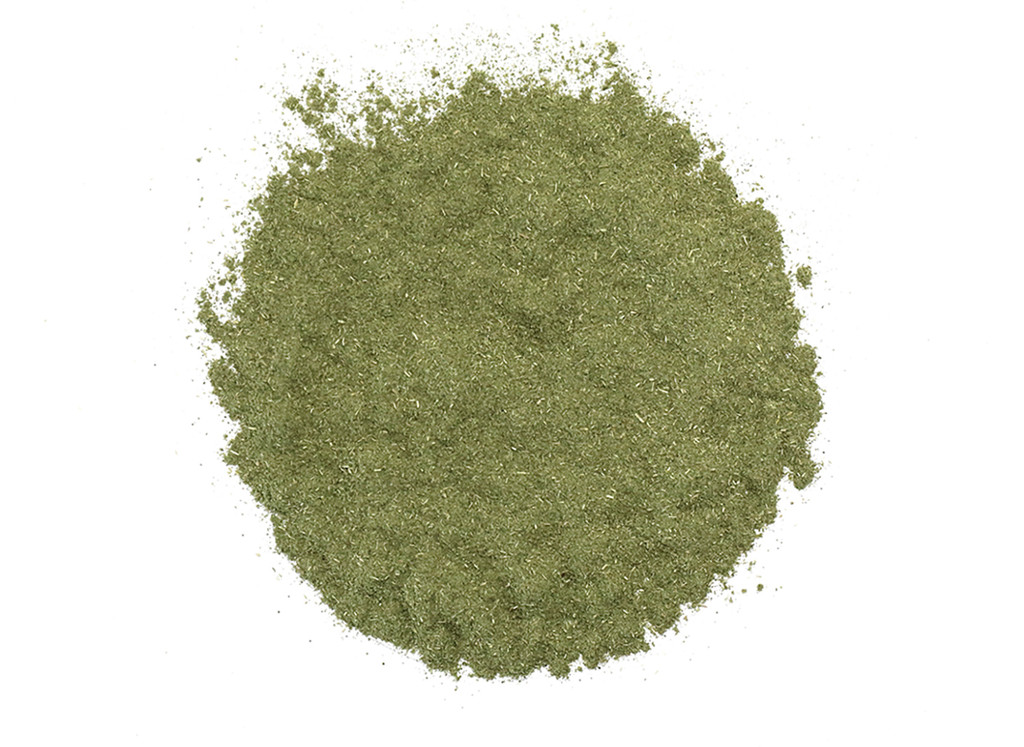 Andrographis has been employed for millennia on the Indian subcontinent. Often referred to as the “King of Bitter” or “Indian echinacea”, andrographis is fast becoming a popular herb around the world. Our andrographis powder is finely ground from aerial portions of the plant which are typically harvested in bloom during the fall months.

Andrographis paniculata is a branching, herbaceous, annual that is native to India and Sri Lanka. Naturalized throughout Asia and several Caribbean islands, it is commonly cultivated in farms and backyard gardens alike. A member of the Acanthaceae family, andrographis has small pink or white flowers with purple markings and reaches up to three feet at maturity. Andrographis grows in moist, shady places and can be found thriving on hillsides, plains, and disturbed soils.

For thousands of years, andrographis has been utilized in traditional forms of healing for its beneficial properties. It can be found in pantries across Asia as a household remedy that addresses a wide range of conditions. In Ayurveda, andrographis is known as kalmegh and was used in supporting the daily functions of the immune system, as an alterative, and a digestive tonic. Andrographis and is often added to Ayurvedic polyherbal formulations with an affinity for the liver. In Traditional Chinese Medicine (TCM), andrographis is known as chuan xin lian. Energetically bitter and cooling, the aerial portions of the herb are employed as a bitter tonic to clear heat, dry dampness, and to reduce the duration and symptoms of wintertime annoyances.