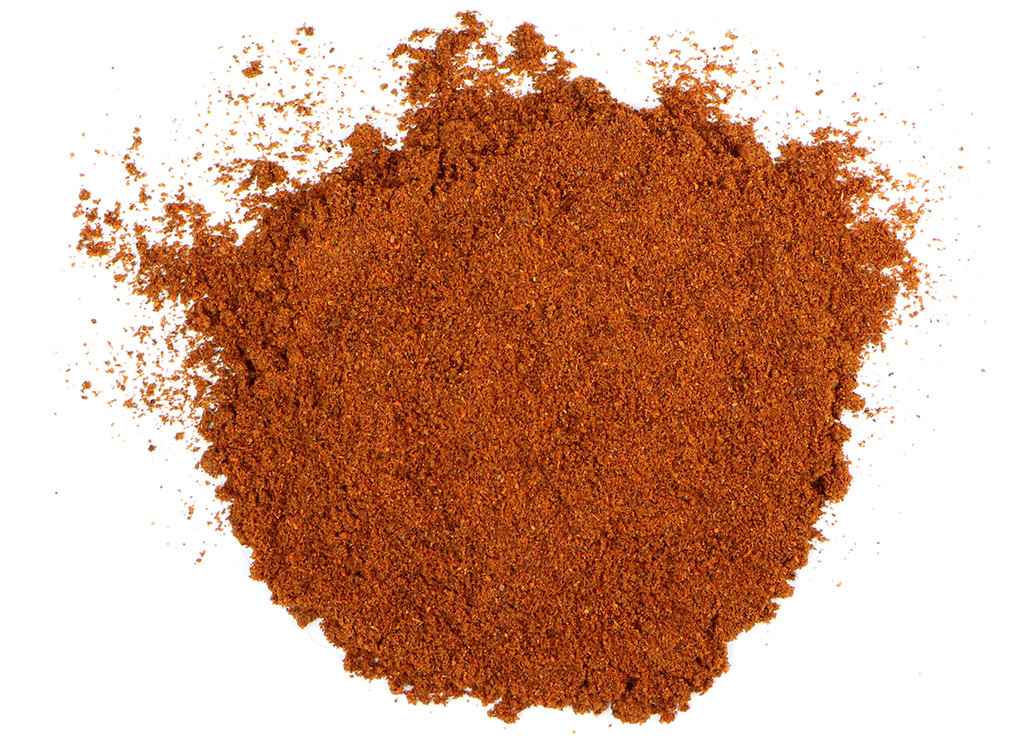 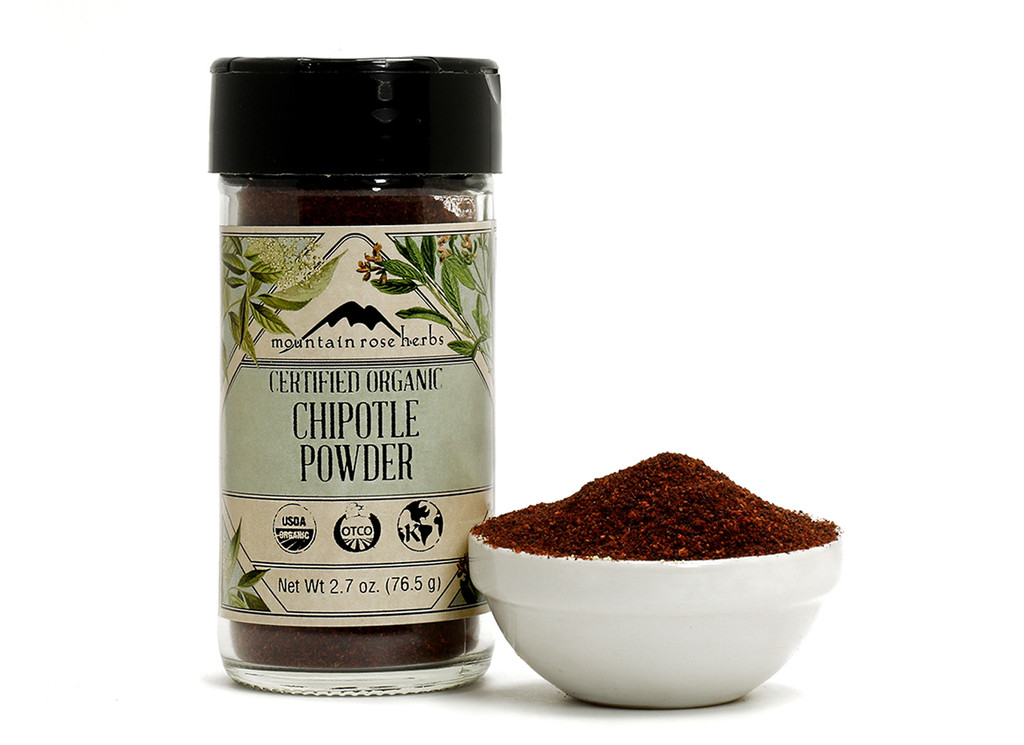 Chipotle spice is created by harvesting jalapenos at the end of their growing season after they’ve turned red. Then the peppers are smoked over a wood fire for several days to remove the moisture. Once smoked to perfection, the fruits from Capsicum annuum are ground, which results in a unique and earthy spice with a mild to medium heat index. Our organic chipotle powder compliments Mexican and southwest US cuisines and can also be added to BBQ and dipping sauces.

Despite the exotic and alluring mystic that the name implies, Chipotles are simply smoked jalapenos. At the end of the growing season as jalapenos turn from green to red, they begin to lose much of their moisture. These peppers are then smoked over a wood fire for several days to ensure that all of the moisture has been removed. This imparts an almost earthy spiciness to them. At the end of the process the peppers look similar in appearance to large raisins. It has been postulated that the Aztecs in northern Mexico were the first to smoke jalapenos because they are difficult to dry and prone to rot. It also allowed them to be stored for long periods of time.

Our chipotle powder is typically between 15,000 – 30,000 HU and considered moderately pungent. The pungency of a chili pepper has historically been measured using the Scoville scale, which assigns heat units (SHU or HU) using a subjective assessment to determine the concentration of capsaicin in a pepper. Capsaicin is an active component of chili peppers, responsible for the warming and occasional burning sensations felt. Developed by American pharmacist, Wilbur Scoville, the Scoville scale remains the most common way of classifying the heat of a pepper, although modern, lab-based testing methods are now being used.

Chipotles are traditionally used in Mexican and southwest cooking, but they can be used in any dish that needs a bit more fire or smoky spice added to the mix.

Chipotles have grown in use and popularity over the past few years in the US. There are in fact two different types of chipotles, and they come from two different regions of Mexico. The ones from northern Mexico are known as morita, which is Spanish for blackberry or black raspberry. This variety is usually redder in appearance. In central or southern Mexico, they are known as chili meco, chili ahumado, or tipico. These are browner than the morita and said to be similar in appearance to a cigar butt. The chipotles that are most common in the US are of the morita variety, while the meco are generally consumed in Mexico. Although chipotles are traditionally smoked over a wood fire, recently some processors have started to use gas dryers and liquid smoke, but this is widely believed to result in a chipotle of inferior quality.